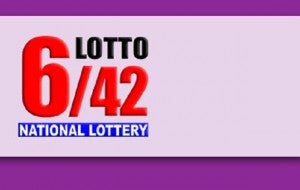 MANILA — A retired government employee from Cebu became the country’s newest multimillionaire after he claimed on Friday the close to P33-million jackpot prize he won in the May 5 draw of the Lotto 6/42.

The winner told Philippine Charity Sweepstakes Office (PCSO) Vice Chair and General Manager Jose Ferdinand Rojas II that he randomly picked the combination, which made him a multimillionaire, 21 years after he first played the lottery. He added that he only bought six tickets worth P120 to win the jackpot prize.

When he claimed his prize at the PCSO’s head office in Mandaluyong City, the winner, the eldest in a brood of six, said that he would use his winnings to help uplift the lives of his siblings. He added that he would also use his money to start up a business so that he could make use of his idle time.