What Went Before: Malacañang of the South | Inquirer News

What Went Before: Malacañang of the South 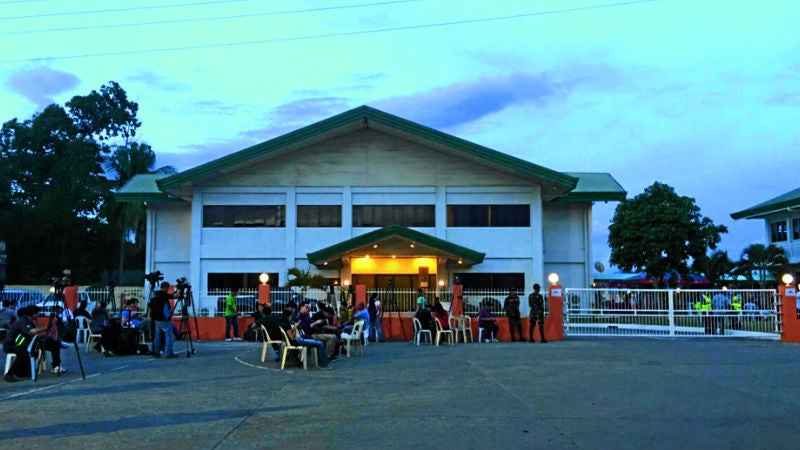 MALACAÑANG OF THE SOUTH Members of the media wait outside the two-story mansion now known as Malacañang of the South within the compound of the regional office of the Department of Public Works and Highways. TARRA QUISMUNDO

MALACAÑANG of the South is a presidential guesthouse in Davao City built between 2005 and 2006 to serve as then President Gloria Macapagal-Arroyo’s official residence there.

In 2008, Arroyo stayed overnight in the guesthouse during one visit to Davao.

Located at the Department of Public Works and Highways compound in Barangay Panacan, the guesthouse is flanked by the Eastern Mindanao Command to its right and a slum area to its left.

The building, worth P24 million, has about eight to 10 air-conditioned rooms, including a conference room and a jetty for watercraft. It is painted white with green roofing and orange perimeter fence.

It shares a space with two warehouses of the Department of Social Welfare and Development.

Social Welfare Secretary Dinky Soliman worked there after Typhoon “Pablo” wreaked havoc in Davao in 2012, while Public Works Secretary Rogelio Singson used it to hold meetings with his staff.

It was also under Arroyo when Malacañang sa Sugbo in Cebu City was constructed.

Formerly the city’s old customs house, it was refurbished in 2004 to serve as her official residence whenever she was in Cebu. In 2013, it was cordoned off and declared off limits after structural engineers determined they had been rendered unsafe, following the 2013 earthquake.

Up north, the Marcoses built in 1977 a presidential residence dubbed the Malacañang of the North or Malacañang ti Amianan. Located in Paoay, Ilocos Norte province, it is a two-story mansion overlooking Paoay Lake.  Inquirer Research