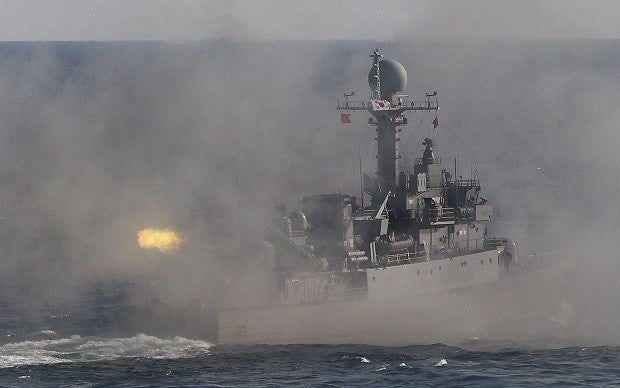 SEOUL, South Korea — North Korea has threatened to fire at South Korean warships if they cross a disputed western sea border a day after the South’s navy fired warning shots to chase away two North Korean ships that briefly crossed the boundary.

The General Staff of North Korea’s Korean People’s Army on Saturday released a statement through state media calling the South’s action a “reckless military provocation” meant to kill the chances for dialogue between the countries.

The KPA says it will directly fire without warning at South Korean warships if they intrude the sea border by “even 0.001 millimeters.”

North Korea in recent weeks has been demanding the South to accept its calls to resume talks after months of animosities triggered by Pyongyang’s January nuclear test. Seoul has rejected the overture.