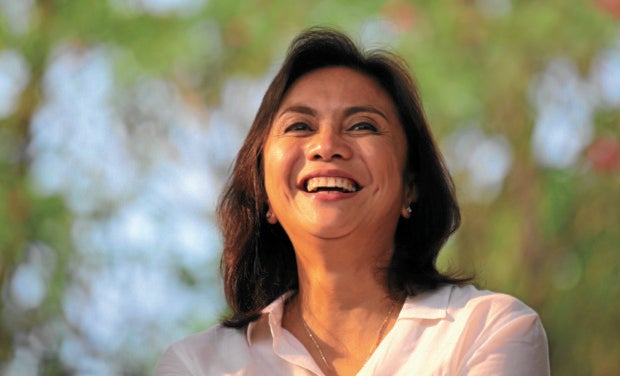 Robredo on Friday trumped her closest rival, Sen. Ferdinand “Bongbong” Marcos Jr., the son and namesake of the late dictator.

She was declared winner after the closing of the canvassing of 166 certificates of canvass (COCs) at past 7 p.m. on Friday, which incidentally was also the 58th birthday of her late husband, interior secretary and former Naga City Mayor Jesse Robredo.

The secretary died in a plane crash due to engine failure in 2012. Sympathy for her husband buoyed the widow to win in the congressional district of Camarines Sur in the 2013 midterm elections and topple the Villafuerte political clan.

As a one-term congresswoman, Robredo was able to pass the following pieces of legislation: the Extension of the Corporate Life of the Philippine Railways Corp., the Tax Incentives Management and Transparency Act and the Sangguniang Kabataan Reform Act.

Robredo also filed her own version of the freedom of information bill, which remains pending in Congress.

When her husband was still mayor, Robredo served as human rights lawyer for Saligan, an organization of lawyers for marginalized sectors.

Although Representative Robredo initially wanted to run for senator in the May 9 national polls, she was convinced to be the running mate of LP standard-bearer Manuel “Mar” Roxas when the administration’s first choice Sen. Grace Poe opted to run for president.

Robredo started off as the lowest in the voters’ preference polls until she rose to a statistical tie with front-runner Marcos before the elections.

She won the vice presidency through votes from her bailiwicks in Bicol, which stood out against the “Solid North” votes for Marcos.

READ: Robredo tells her supporters she has won

Marcos had decried massive cheating and automated fraud shaved his votes in favor of Robredo after a supposed change in the command script in the transparency server that received the unofficial count. But the change was dismissed as a cosmetic modification intended to correct the spelling of a candidate’s name.

In the presidential race, Davao City Mayor Rodrigo Duterte as expected maintained his overwhelming lead with 16,601,997 votes in the official count. RAM

Coming soon: Experts’ findings on use of ivermectin to treat, prevent COVID-19