Aquino says he faced 2 Abu problems before May 9 polls 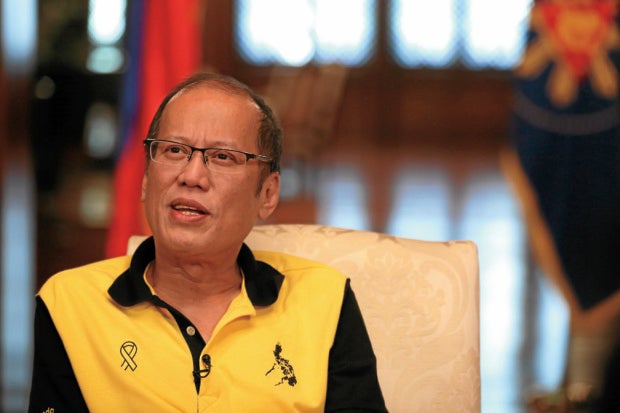 A few days before the May 9 elections, President Benigno Aquino III had his hands full not only with the campaign but also with what he described as “two problems” involving the Abu Sayyaf bandit group.

“Let me explain that there were two Abu Sayyaf problems. The [first was] the Abu Sayyaf problem in Basilan headed by Isnilon Hapilon with Furuji Indama. [T]hey [were] trying to [set] up a cell to operate in the NCR (National Capital Region),” Mr. Aquino told Inquirer reporters and editors in an interview in Malacañang on May 6.

“The second [Abu Sayyaf] problem has to deal with the kidnap victims. At one point there [were] 23 of them, supposed to be under the control of Radullan Sahiron,” he said.

Mr. Aquino said the government dealt with Hapilon first, foiling his attempt to set up a terrorist cell in Metro Manila.

After a Canadian hostage, John Ridsdel, was beheaded in April by his Abu Sayyaf captors, Mr. Aquino said he spoke with Canadian Prime Minister Justin Trudeau and Norwegian Prime Minister Erna Solberg “in relation to the hostages.”

The Abu Sayyaf, which has pledged allegiance to the Islamic State (IS) group in the Middle East, holds two other Western hostages—Norwegian  Kjartan Sekkingstad and Canadian Robert Hall—and Filipino Maritess Flor.

The bandits seized them, along with Ridsdel, from a marina on Samal Island in Davao del Norte province in September last year.

At the time of the Inquirer interview, the President said he had met with his Cabinet security cluster at least twice for “updates on the situation” about the Abu Sayyaf and the government’s courses of action.

On May 22, the Abu Sayyaf released a video showing Sekkingstad, Hall and Flor pleading for their lives with presumptive President-elect Rodrigo Duterte.

“[The] government continues to exert determined efforts to bring about the safe release of the . . . hostages through a combination of law enforcement and military operations,” Presidential Communications Secretary Herminio Coloma Jr. said in a statement.

Coloma emphasized that the President did not call an emergency meeting with his security cluster.

He said that at the meeting presided over by Mr. Aquino, the group was given updates by the Armed Forces of the Philippines and the Philippine National Police on the security situation in Mindanao.

The Abu Sayyaf group beheaded Ridsdel on April 25 after it failed to get a ransom of P300 million.

The bandits released another video showing Hall and Sekkingstad and saying one of the two men would be killed unless a P300-million ransom for all three hostages was delivered by June 13.