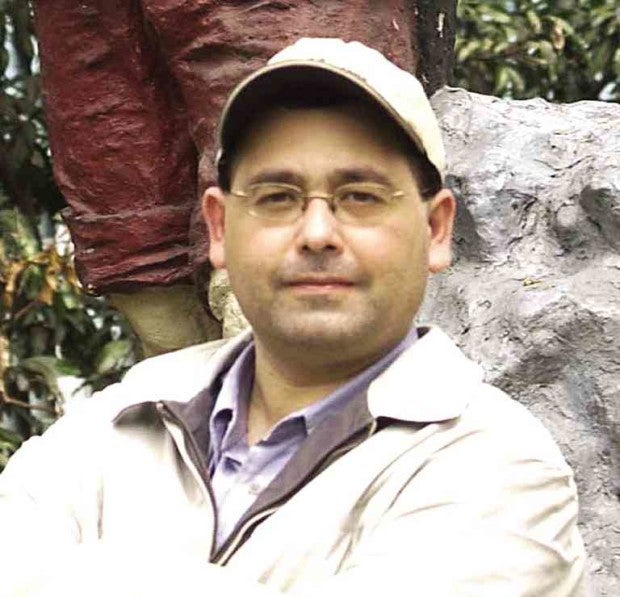 In his characteristic harsh language, presumptive President-elect Rodrigo Duterte on Thursday slammed both Commission on Human Rights (CHR) Chair Chito Gascon and incoming Sen. Leila de Lima, for calling him out on his previous actuations.

Saying he was just exercising his right to free expression, Duterte called Gascon “naive” and “an idiot” for the CHR ruling that said the Davao mayor had violated the Magna Carta of Women (MCW) when he joked about the 1989 rape-slay of an Australian missionary in a prison hostage-taking.

The Davao City mayor also said he would launch an investigation against De Lima for her allegedly slow response to the flourishing illegal drug trade inside the New Bilibid Prison (NBP) when she was justice secretary.

But Malacañang on Wednesday said the CHR, in filing its resolution against Duterte, was “fulfilling its mandate … as an advocate of women’s rights,” and that as the country’s incoming President, Duterte was “expected” to adhere to the MCW.

“How the incoming President will address matters pertaining to women’s rights and dignity [on]  his watch will certainly be of paramount interest to the citizenry. Unlike during the campaign when he shrugged off criticisms of such remarks, as President he would be expected to demonstrate strong and faithful adherence to the principles enshrined in the Magna Carta of women and to all laws of the land,” Presidential Communications Secretary Herminio Coloma Jr. said in a statement

In its ruling released on Wednesday, the CHR said Duterte’s “words and actions” were found “to be discriminatory of women” and contrary to the provisions of the MCW.

In a campaign rally in April, Duterte recounted the hostage-taking and said he was angry that Australian missionary Jacqueline Hamill had been raped.

“That’s one thing,” he said. “But she was so beautiful, the mayor should have been first.”

Duterte, a lawyer, said he had committed no offense. “The Magna Carta of Women does not apply. The CHR does not know the law… they are too naive and too simplistic,” he told reporters in a two-hour press conference that lasted until past 2 a.m. Thursday.

“Tell him to shut up… That idiot is nitpicking,” Duterte said of Gascon. “I was relating an event. You know, by that alone you cannot prevent me from talking and exercising my right to free expression.”

In the same press conference, the Davao mayor also scored De Lima, who had called him out in a 2014 Senate hearing for threatening to kill alleged rice smuggler Davidson Bangayan.

“I will dig deep. I will tell her, don’t mess with what comes out of my mouth. You better look in your own backyard because you have a very serious problem there. Shabu (methamphetamine hydrochloride) is being cooked there inside the penitentiary,” he said.

But De Lima yesterday said she was not picking a fight with Duterte and that she had “said nothing wrong, [or] done nothing wrong to merit such statements from the incoming President.”

She said she was only “expressing [her] thoughts and opinion on certain burning issues of our times, whenever requested by media.”

Duterte said it took De Lima seven months to start acting on his tip about shabu in prison premises.

“Shabu [inside the NBP] started during her time! Yet she presumes to keep an eye on me! … Nagmura ako noon (I cursed and) she issued a statement. Instead of zeroing in on the real culprit, she was filing a case against me for threatening (Bangayan),” he said.

De Lima, a former CHR chair, has consistently criticized Duterte for his alleged involvement in the so-called Davao Death Squad.

With him as incoming President, the new senator said she would keep a close watch over him as he had reportedly emboldened local officials in implementing “antihuman rights policies.”

But Duterte seemed unfazed: “Hoy, De Lima, shut up! I will investigate you. I will file charges against you. Do not pick a fight with me, you will lose,” he warned.

De Lima, who had thumbed down Duterte’s bid to have the late dictator President Marcos buried at Libingan ng Mga Bayani as “an affront to human rights victims,” said she aimed to become a fiscalizer in the incoming administration.

The Davao mayor, who took the Catholic Church to task on Sunday, said he was not about to back down from his attacks on what he described as “the most hypocritical institution.”

Asked if he willing to hold a dialogue with Catholic bishops, the incoming President said curtly: “No. I will not.”

On Wednesday, the Ateneo de Davao president, Fr. Joel Tabora, said Duterte’s stance toward the Church could be a chance for reflection among the Catholic hierarchy.

The Church “may have fallen short of expectations in serving the needs of the poor,” as opposed to Duterte, who has proven himself to be “clearly a man of the poor,” the Jesuit priest said.

Franciscan priest Pete Montallana of the Save Sierra Madre  Network Alliance (SSMNA), said Catholic Church leaders in the country should look at Duterte’s criticism “as a call to be converted to the poor.”

He added: “In all humility, like Jesus, accept what has to be corrected. Who is sinless anyway? And that includes the cursing President.”

In Bacolod City, Bishop Vicente Navarra asked the faithful to “leave everything to the mercy of God and pray for [Duterte] so that he will do good as the president of the country.”

Msgr. Victorino Rivas, judicial vicar of the Diocese of Bacolod, said Duterte should be given a chance to succeed, even as the Catholic Church “continues expressing [its] stand on issues according to our faith and pastoral obligation. This is a free country.”

He added: “[But] if Duterte can address the problem of poverty in the country, he can say anything against us.” With reports by Nikko Dizon and Christine O. Avendaño in Manila; Delfin T. Mallari, Jr., Inquirer Southern Luzon; and Carla P. Gomez, Inquirer Visayas