LP members to align with PDP-Laban 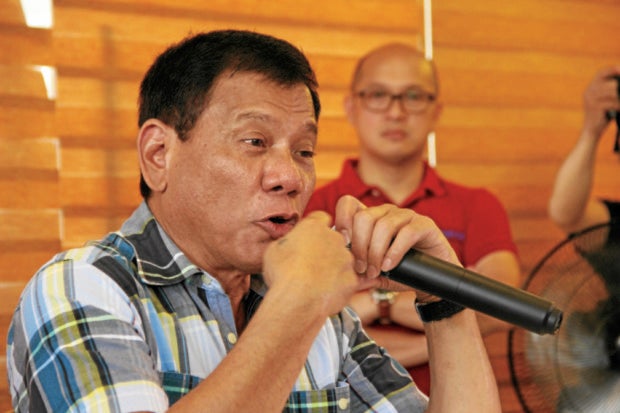 Speaking in front of the members of the press at the Matina Enclaves, Davao City, presumptive president-elect Rodrigo Duterte bares his programs and policies that primarily focus on peace and order and on efficient government service. PHOTO BY BARRY OHAYLAN / CONTRIBUTOR

ILOILO CITY, Philippines—The Liberal Party (LP) will be joining the administration coalition, according to two LP congressmen from Western Visayas.

Iloilo City Rep. Jerry Trenas and Capiz Representative-elect Emmanuel Billones said they were among around 80 LP congressmen who attended a meeting led by Speaker Feliciano Belmonte Jr. at the Batasang Pambasan Monday morning where the move was agreed upon.

The coalition with the Partido Demokratiko Pilipino-Lakas ng Bayan (PDP-Laban) is expected to be formalized within the week, according to Billones.

Several LP members, including those belonging to the Visayas bloc, earlier declared support for the coalition.

Trenas and Billones said they will remain with the LP but party members were given a free hand whether or not they will join the PDP-Laban. RAM/rga