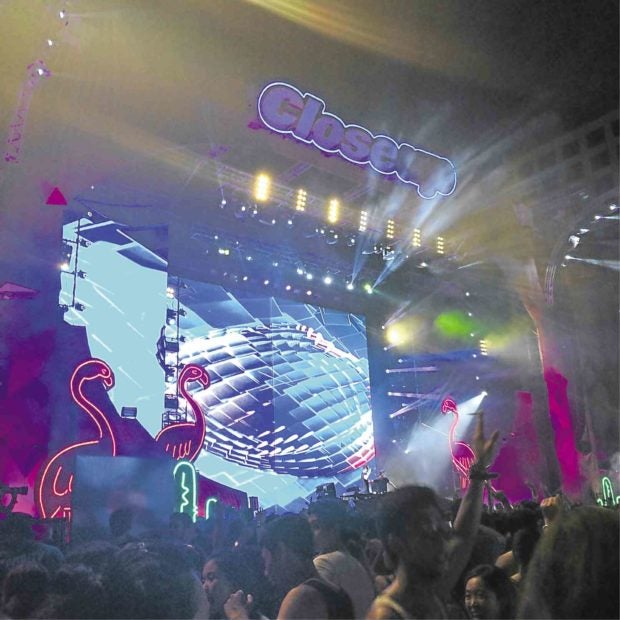 As the young, frenzied crowd danced and fist-pumped the night away under the stars, five of the party-goers passed out—and were dead within hours.

Was it because of drugs? Was it something in the food or drink? Was it due to dehydration? Was security that lax that dangerous substances got into the venue undetected? Authorities want answers after an outdoor concert in Pasay City practically became a crime scene.

The police have launched a probe by asking for a list of the concessionaires who sold food and drinks at the Close Up Forever Summer Concert, a show featuring foreign DJs and held at the SM Mall of Asia grounds, where five people collapsed minutes apart at different areas of the venue before expiring in the hospital on Sunday.

The initial investigation showed that Leal was the first to fall ill, followed by Fontejon, Garcia, Migawa and Miller. It happened between midnight and 4 a.m.

In an interview on Sunday afternoon, Chief Insp. Rolando Baula, Pasay police investigation chief, said reports from the hospital showed that two of the victims suffered heart failure. He declined to give further details pending the release of autopsy results.

Baula said he asked the victims’ parents to cooperate in the probe, but noted that some of them had already signed waivers asking investigators not to look into the cause of the deaths.

Leal’s family, for example, refused to have an autopsy performed, said an investigator, PO3 Alberto Barangas.

The five were among the estimated 14,000 people who packed the concert headlined by Belgian DJ duo Dimitri Vegas and Like Mike late Saturday, investigator Giovanni Arcinue told Agence France-Presse.

“They just collapsed individually. They did not know each other. They were all in different places at the time,” Arcinue said.

Arcinue said the cause of their collapse was still unknown, although police were looking at possible heatstroke or dehydration as the country is sweltering under high temperatures brought on by the El Niño phenomenon.

He said it was too early to say that the deaths were caused by drug-laced drinks, despite rumors spreading on social media.

Closeup, the toothpaste company that sponsored the concert, issued a statement saying: “We regret that despite the very stringent measures and precautions that we have put in place to ensure the safety and security of all attendees involved, this incident still transpired.”

The company said it was cooperating with authorities in the investigation.

Barangas said he had asked the SM management and the concert organizer for the names of the concessionaires.

In a statement, SM Supermalls president Annie Garcia said: “We would like to express our sympathies (after) the unfortunate incident that happened at the Open Concert Grounds at MOA.

“We are assisting the event organizers, Close Up Phil., its agencies, and the authorities in the investigation.”

The concert was also organized by Eventscape and Activations Advertising.

As netizens who had attended the concert claimed on social media that drug-laced drinks were handed out during the event, Baula said he was treating such accounts as hearsay. “We need to investigate if these reports are true.”

Some social media posts also advised the parents of the youths who went the party to have them examined if they experienced abdominal pains, palpitation and drowsiness.

About 70 policemen were deployed at the venue, where the gates were opened at 4 p.m., the Inquirer learned.

There were no bouncers or security personnel visible at the center of the gathering, where the party was at its wildest.

At the admission desks, the concert-goers were asked to list down their names, ages, and email addresses as they presented their tickets. They were then given wristbands as those personal details were encoded.

There was no need for them to show any ID to get in. The Inquirer learned of minors who were able to gain access by lying about their age. Bags were inspected, but it was easy to sneak in a beverage by hiding it under one’s clothes.

Alcoholic drinks, including hard liquor, were sold at the venue, and those at the VIP section had their own bar.

The crowd was mostly composed of millennials and young adults, including a few celebrities. As it was summer-themed concert, a number of women showed up in skimpy attire while some men were shirtless by the time the concert ended around 4 a.m.