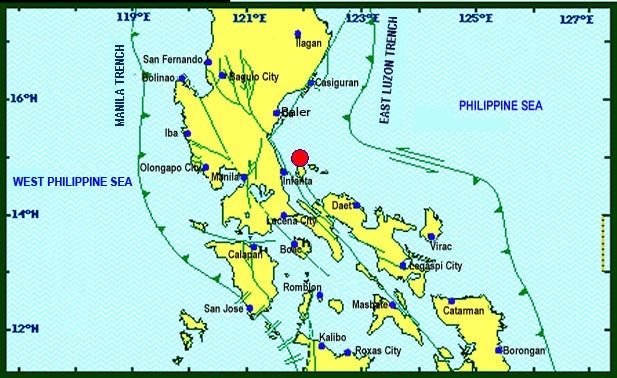 A 4.4 magnitude earthquake struck Burdeos town in Quezon province and felt in various parts of Luzon at 7:14 p.m. Saturday, the Philippine Institute of Volcanology and Seismology said.

The quake, which centered nine kilometers northwest of Burdeos on the island of Polilio, was felt at:

• Intensity III in Quezon City; Binangonan and Baras in Rizal.

• Intensity I in Tagaytay City.

There were no immediate reports of damage or injury from the earthquake.

Phivolcs initially placed the magnitude at 4.5.