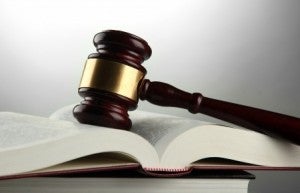 MANILA — The Supreme Court has dismissed a petition by a candidate for councilor in Manila who won in the 2013 elections but was eventually disqualified for being a dual citizen.

In a 19-page decision dated April 15 and made public on Tuesday, the court en banc ruled that the Commission on Elections did not commit grave abuse of discretion in nullifying Arlene Llena Empaynado Chua’s victory as the sixth placer in the contest for Manila’s fourth district during the 2013 midterm polls.

The Comelec, in January 2015, annulled Chua’s election, declared votes cast for her as stray votes and ordered the board of canvassers to reconvene and proclaim the seventh-placer, Krystle Marie Bacani, as the sixth winning councilor.

“All told, petitioner Chua is a dual citizen correctly disqualified from running for the position of councilor. With her dual citizenship existing prior to the filing of the certificate of candidacy, her COC was void ab initio. She was correctly considered a non-candidate. All votes cast for her were stray, and the person legally entitled to the position is private respondent Bacani, the candidate with the next highest number of votes among the eligible candidates,” the court said in the decision written by Justice Marvic Leonen.

“Dual citizens are disqualified from running for any elective local position. They cannot successfully run and assume office because their ineligibility is inherent in them, existing prior to the filing of their COCs,” the court added.

The court further ruled Chua cannot claim that she has renounced her United States citizenship by taking the oath of allegiance to the Republic of the Philippines. It stressed that the oath and the sworn and personal renunciation of foreign citizenship were separate requirements, the latter being an additional requirement for qualification to run for public office.

Under Section 40 of the Local Government Code, Chua was disqualified from running for councilor being a dual citizen at the time of her filing of her certificate of candidacy (CoC).

The 4th district of Manila, which covers Sampaloc area, is entitled to six seats in the City Council. Chua garnered the sixth highest number of votes and was proclaimed winner on May 15, 2013.

On same day, a certain Imelda Fragata filed a petition to declare Chua a nuisance candidate, arguing Chua was unqualified to run on two grounds: that she was not a Filipino citizen, and that she was a permanent resident of the US.

Chua gave a defense of alibi and argued that Fragata’s petition was belatedly filed, whether it was treated as one for declaration of a nuisance candidate or for denial of due course or cancellation of certificate of candidacy.

Chua further argued she had already been proclaimed and that the proper remedy was to file a petitionfor quo warranto.

Subsequently, Bacani filed a motion to intervene with manifestation and motion to annul proclamation. She ranked seventh among all candidates, next to Chua. She contended that while Chua took an oath of allegiance to the Republic on Sept. 21, 2011, she allegedly continued on using her American passport and did not execute an oath of renunciation of her American citizenship.

The Comelec ruled the petition for disqualification was filed within the prescribed period since it was filed on the same date of Chua’s proclamation.

Under the rules, a petition for disqualification should be filed “any day after the last day for filing of certificates of candidacy, but not later than the date of the proclamation.”

The poll body found Chua was a dual citizen when she filed her CoC. It held that although Chua reacquired her Filipino citizenship in 2011 by taking her oath of allegiance to the Republic, she, however, failed to take a sworn and personal renunciation of her American citizenship required under Section 5(2) of the Citizenship Retention and Re-acquisition Act of 2003.

Thus, it held that Chua was disqualified from running, being a dual citizen, and that her CoC was void ab initio.

Chua subsequently filed before the Supreme Court a petition for certiorari and prohibition questioning the Comelec ruling.  SFM