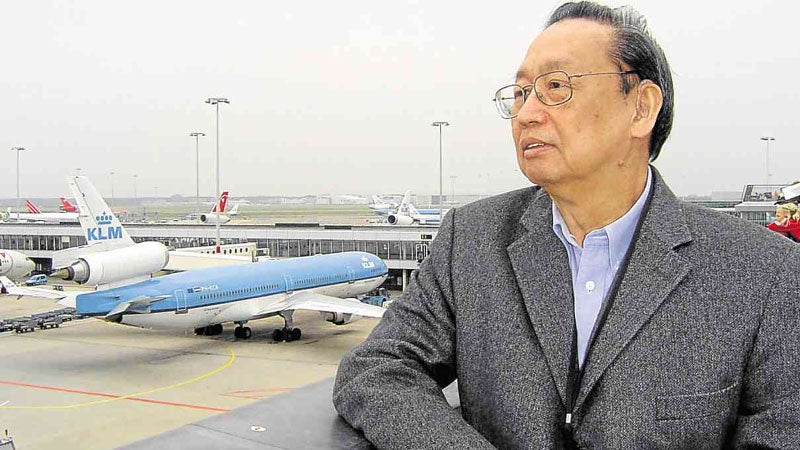 LUCENA CITY—The Communist Party of the Philippines (CPP) will not join the Duterte administration until a peace agreement has been hammered out, its self-exiled founding chair, Jose Maria Sison, said on Tuesday.

“No official, member or expert of the CPP and NDFP (National Democratic Front of the Philippines) can join the Duterte Cabinet while the peace negotiations have not yet come to a happy and successful conclusion,” Sison said in an online interview.

However, Sison said communist leaders could ask “patriotic and progressive” people outside of the CPP to join the next administration while the peace talks were still ongoing.

He said these people should have “the competence and expertise needed, the honesty and diligence desired by the people to apply for positions in the Duterte Cabinet.”

Sison said this would be the party’s way of reciprocating the “magnanimity and goodwill” of Duterte in offering four Cabinet positions to the CPP.

“It is also by way of promoting the accelerated progress of the peace negotiations,” he added.

Sen. Aquilino Pimentel III, president of Duterte’s Partido Demokratiko Pilipino-Lakas ng Bayan (PDP-Laban), told the Inquirer on Tuesday that communists who would join the government would be asked to respect and protect its laws.

Sison, in the online interview from the Dutch city of Utrecht, said he would not be a part of the next administration.

“For the moment, it is out of the question that I would even consider getting a position in the Duterte [administration]. I am focused on accelerating the peace negotiations,” he said.

“As far as I am concerned, I remain the chief political consultant of the NDFP in peace negotiations with the Manila government. I cannot cross over to the Duterte [administration] while peace negotiations are ongoing,” Sison added.

Sison, 77, who fled to Europe 30 years ago,  said his main focus was the immediate resumption of the stalled peace talks between the government and the NDFP.

“To pave the way for the said resumption, the Duterte (administration) has to form its negotiating panel, release political prisoners in compliance with the Carhrihl (Comprehensive Agreement on Respect for Human Rights and International Humanitarian Law) and the Jasig (Joint Agreement on Safety and Immunity Guarantees) and work out with the NDFP an immediate mutual ceasefire to promote peace negotiations,” he said.

“At the moment, I have no names in mind as possible appointees to the Duterte Cabinet. Even if I have some in mind, I do not wish to color them by publicizing them,” Sison said.

He admitted that “opposition elements” in the Commission on Appointments could block Duterte’s appointments from the Left.

“So, the best thing to do is to accelerate the peace negotiations and encourage Duterte to appoint patriotic and progressive Cabinet members,” he said.

“At any rate, I praise Duterte for showing confidence and trust in the CPP and NDFP and for wishing to harness the highly qualified revolutionaries for public service in his government,” he added.

Earlier, Sison described Duterte’s offer of Cabinet portfolios to the Left as “unprecedented and excellent.”

“They constitute a historic milestone in the effort to achieve a just and lasting peace,” Sison told the Inquirer on Monday after Duterte’s first press conference in Davao City following the May 9 elections.

“[The NDFP and CPP] thank him for his trust and confidence,” he said.

In the telephone interview with the Inquirer, Pimentel addressed reported misgivings about some of Duterte’s  choices for his Cabinet, particularly those who had served under previous administrations. (See list on this page.)

Former Securities and Exchange Commission Chair Perfecto Yasay is expected to head the Department of Foreign Affairs for a year.

Duterte has offered the position to his running mate Sen. Alan Peter Cayetano, who, having lost in the polls, is barred from serving in government for a year.

The PDP-Laban’s bet for Speaker of the House of Representatives, Davao del Norte Rep. Pantaleon Alvarez, is a former transportation secretary.

“They may be old faces but they are part of a new team,” Pimentel said. “From the point of view of the new President, they are like his mythical five, picking the best players from many teams. Maybe they can gel and work better.” With a report from Kristine Angeli Sabillo, Inquirer.net