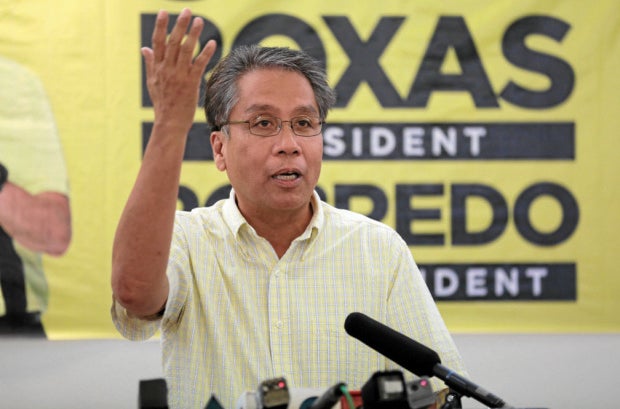 However, if the report is not true, the election watchdog should issue an apology and appropriate clarification, the administration coalition spokesperson and Akbayan Rep. Ibarra “Barry” Gutierrez III said on Monday.

Roxas, in an interview with the media, expressed disappointment over the rumors, saying the allegations are “ridiculous.”

Reports from PPCRV volunteers said that VCMs were found in seven rooms of the Novotel Hotel in the Araneta Complex owned by the Araneta-Roxas family.

“There is absolutely no truth to the rumor that there are VCMs in Novotel. First of all, the COMELEC (Commission on Elections) has fully accounted for all VCMs, each of which has a unique ID that allows the COMELEC to know where it is. This means it is impossible for anyone to misplace these machines,” Gutierrez said in a statement.

Gutierrez said the basis of the statement of the PPCRV, headed by Henrietta de Villa, is “mere rumor, completely bereft of basis and substance.”

Roxas camp also questioned the timing of the statement as it was released exactly on election day and not earlier.

“Nonetheless, to dispel all doubts, we support a full inquiry into this,” Gutierrez said.

“Like all Filipinos, we support honest and credible elections. Spreading baseless and unsubstantiated rumors is not only irresponsible but also illegal as it undermines the credibility of the electoral process,” he said. RAM/rga