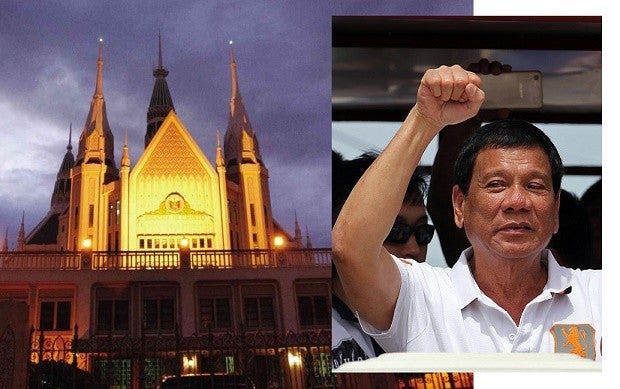 The allies of presidential frontrunner Rodrigo Duterte (right) sees the endorsement of the Iglesia ni Cristo sect as a ‘big boost’ to his campaign. INQUIRER FILES

The camp of poll frontrunner Davao City Mayor Rodrigo Duterte  welcomed on Thursday the endorsement of the influential Iglesia Ni Cristo of his presidential candidacy.

“This is a big boost to our campaign particularly to thwart attempts by the administration to cheat the elections,” Peter Tiu Lavina, Duterte’s spokesperson, said.

Lavina issued the statement after the INC, known for  bloc voting, backed Duterte for president.

“This endorsement shows that Duterte’s advocacy for Tunay Na Pagbabago has resonated to almost all our people and all our church formations affected by the rising crimes and drugs, continuing corruption and government neglect, poverty and sufferings of our people,” Lavina said.

“These issues are close to the hearts of our moral leaders and the various churches have their own campaigns to end this malady,” he added.

He said the endorsement of the INC was “significant” to Duterte’s campaign for Malacañang.

“We thank the INC as well all other religious groups and religious leaders. In fact, we are very grateful that no less than the Pope himself has written to Duterte and saying his own prayer,” Lavina said.

In the latest surveys, Duterte maintained a wide lead over his rivals about a week before election day.

Lavina slammed the Liberal Party for “claiming to be in a momentum.”

“The LP is claiming to be in a momentum, an empty boast but clearly laying the premises and conditioning the minds of our people on the grand fraud they plan to unleash with unbelievable results on election day,” he said.