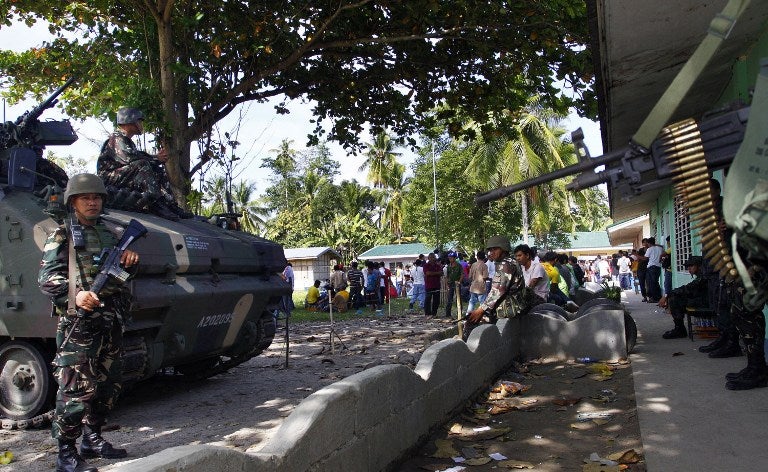 OVER 400 towns and cities in the country—most of them in Mindanao—have been identified as election “hotspots” by the Commission on Elections.

In a press briefing on Tuesday, the Armed Forces of the Philippines said the 421 towns and cities in the election watchlist have been classified into three categories, depending on the type of threat.

Capt. Celeste Frank Sayson, deputy public affairs officer, said the first category, which includes  159 towns and cities, are those where politically motivated incidents occur due to intense political rivalries, and where private armed groups or gun-for-hires are usually tapped.

The third category, which includes 97 towns and cities, are those where both categories are present.

The AFP did not release the names of the towns or cities in the watchlist but outlined their distribution by region.

The Autonomous Region in Muslim Mindanao has the most number of hotspots at 73, or 12 areas under the first category, three under the second category and 58 under the third category.

In Luzon, the Bicol region had the most number of hotspots at 44, with 15 of these falling under the first category, 20 under the second category and nine under the third category.