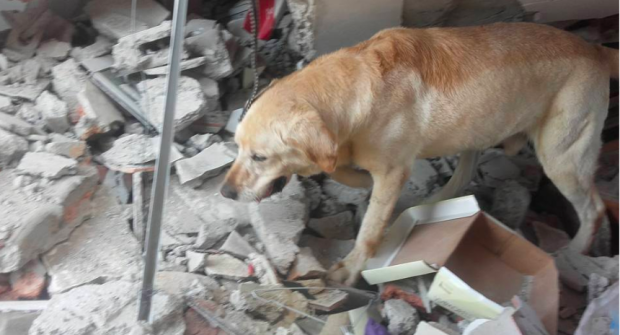 A yellow Labrador perished from sheer exhaustion after rescuing seven people trapped in the wreckage of a catastrophic 7.8 magnitude earthquake that hit the city of Pedarnales in Equador last week.

The 4-year-old rescue dog named Dayko has been hailed a hero for aiding the Ibarra Fire service in searching for survivors in the wake of the devastation—a duty he has been fulfilling for three-and-a-half years.

According to a Facebook post from Ibara Fire service’s page, the courageous mutt suddenly collapsed during search operations and eventually died from “massive coronary myocardial infarction and acute respiratory failure”.

Rescue officials present at the scene tried their hardest to revive the heroic pup, but their efforts remained futile. 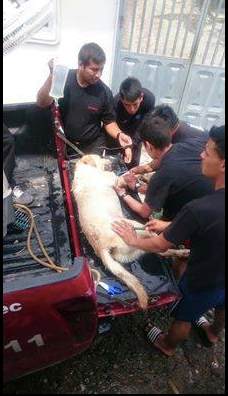 Firefighters who worked closely with Dayko, meanwhile, echoed their sentiments for their resilient friend, as per reports from The Telegraph.

“This four legged friend gave his life in the line of duty. Thank you Dayko for your heroic efforts in Pedernales and in various emergencies where you were present,” said one of their representatives. “You held high the name of the K9 unit”.

The April 16 earthquake is one of the most devastating calamities in the country’s recent history, and has reportedly claimed the lives of at least 654 people while leaving 2,000 others wounded.