Ending where it began: PGP miting de avance may be at Plaza Miranda 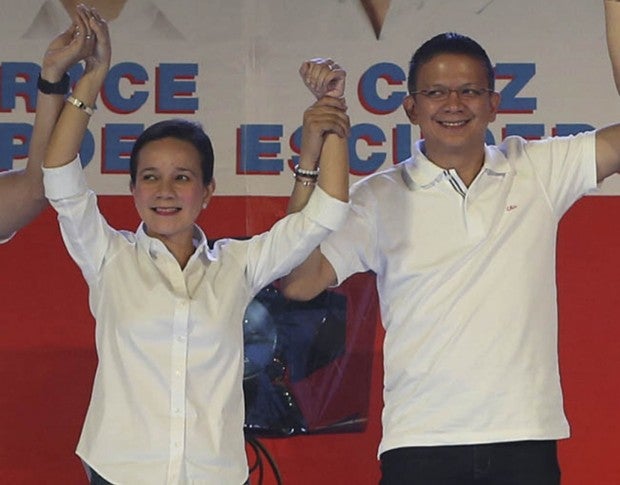 The candidates of “Partido Galing at Puso” (PGP) led by its presidential bet Senator Grace Poe might end its campaign where they started it at the historic Plaza Miranda in Quiapo, Manila.

Poe’s running mate Senator Francis “Chiz” Escudero said the team is still finalizing the venue but said they might hold their miting de avance at Plaza Miranda where they also held their proclamation rally last February 9.

“Pero wala pang pinal na pasya kung saan (But there is no final decision yet),” he said.

However, PGP’s campaign manager Cebu Representative Ace Durano, said there was no discussion yet as to where the team would hold its miting de avance.

“That will be taken up in our execom meeting this Thursday,” Durano said in a text message Tuesday.

Asked if Plaza Miranda was among those being considered, the campaign manager said: “(There’s) no discussion of it so far.”

Meanwhile, Escudero chose to keep his cards close to his chest when asked during the same forum about their strategy in the last two weeks of the campaign.

(We would reach out many of our countrymen about our message. It’s all I can say. It would not be appropriate to announce our strategies and tactics in public which could be heard by our rivals.)

“Basta’t the long and short of it, sisikapin po naming maiparating sa mas maraming tao, sa mas maraming lugar sa bansa ang aming mga mithiin at layunin at pagkakaiba nito sa ibang mga kumakandidato din (we would strive to reach out to more people and areas in our country about our objectives and goals and how it is different from our rivals platforms),” he said.

Poe placed second in the latest presidential surveys while Escudero, who used to lead the vice presidential race at the start of the campaign, fell to third place in recent polls. RAM

Poe still confident even as Duterte widens lead in survey