In Misamis, Poe gets key support 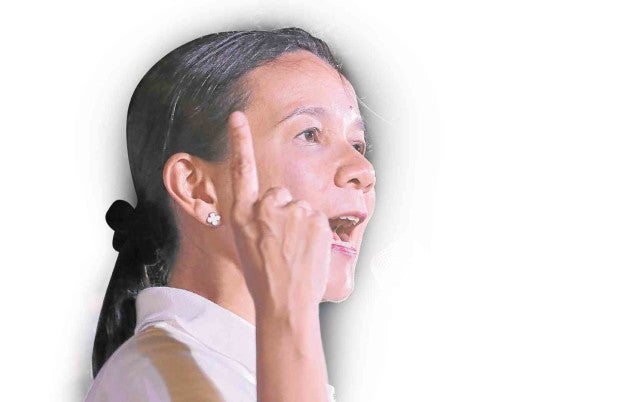 SEN. GRACE Poe stresses a point during one of her campaign rallies in Muntinlupa City. GRIG C. MONTEGRANDE

The couple Julio and Juliette Uy and a councilor of the province’s first district, Rolando Uy, have made official their endorsement of Poe during the rally.

Juliette and Julio are members of the National Unity Party  while Rolando is affiliated with the Liberal Party (LP).

Days prior to Poe’s April 20 rally in Misamis Oriental province, Juliette had already announced to media that she and some of her party mates were backing Poe but admitted that some of her allies endorsed LP candidate Mar Roxas.

During the rally, Rolando introduced Poe with the line “This is my President,” as the crowd cheered.

Rolando, however, said he had not severed his alliance with incumbent Cagayan de Oro Mayor Oscar Moreno, who is seeking reelection and is a staunch Roxas supporter. Moreno’s running mate is Rolando’s son, Rainier Joaquin.

Rolando did not elaborate when asked to explain his decision to leave Roxas for Poe, but said he admired Poe’s tenacity in seeking public office notwithstanding her being a newcomer to politics. Jigger Jerusalem, Inquirer Mindanao