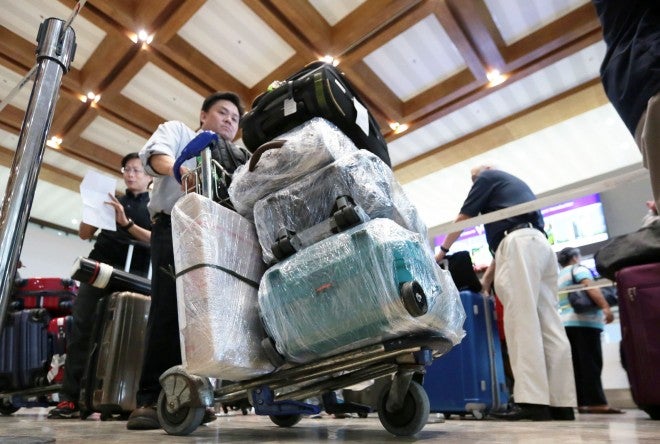 Malacañang on Thursday assured the public that the government is doing everything it can to resolve problems related to the operations of the Ninoy Aquino International Aiport (Naia).

(All the necessary steps are being done to protect passengers from people with bad intentions and opportunists.)

Coloma said this following reports of a 75-year-old woman being an alleged victim of a “tanim-bala” (bullet planting) scheme.

Earlier reports said Salvacion Cortabista was about to board her connecting flight to the US where she is supposed to receive medical treatment when she and her 78-year-old husband were stopped at the final security checkpoint of Naia Terminal 1.

A .38 caliber bullet was supposedly found in the pocket of her handbag.

Cortabista claimed that she heard an airport security personnel asking her niece, Fei Balagot, for P50,000.

The issue of bullet-planting reached its peak late last year when several individuals came forward, claiming that they were victims of extortion.

The racket supposedly involves the planting of a live bullet just before the bag passes through final screening. The victims are then blackmailed into paying off the security personnel.

The incidents of alleged bullet planting in Naia reached international news and were investigated at the Senate.

Earlier this year, reports said a P486-million CCTV system deal was in the works. JE