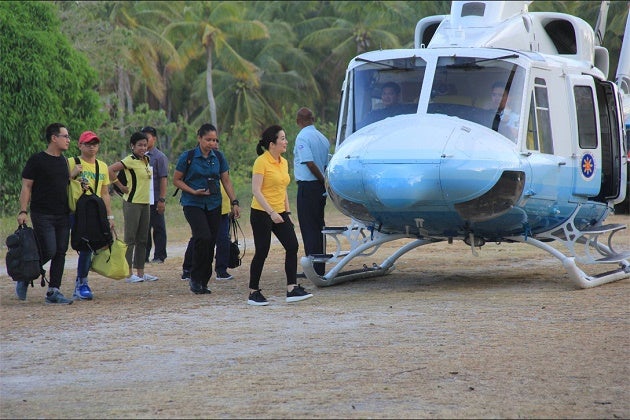 “Members of the President’s immediate family are allowed to ride with him in official government vehicles,” Communications Secretary Herminio Coloma Jr. told media after photos of Kris walking beside a helicopter with the presidential seal went viral on social media.

Critics said the President and the Liberal Party are misusing public funds by allowing Kris, who has been campaigning for the ruling party’s standard-bearers Manuel “Mar” Roxas II and Camarines Sur Representative Ma. Leonor “Leni” Robredo to ride the government vehicle.

While the photos have been reposted in different social media accounts, some say it originated from the Facebook page of the Municipality of Dalaguete.

The page on Tuesday afternoon posted several photos of Kris and the presidential party at Casay Airstrip. 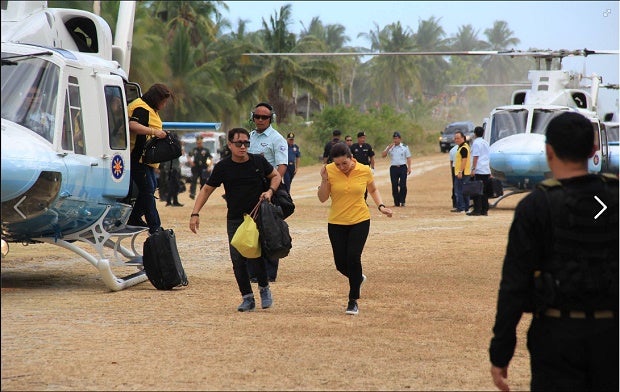 There were a number of negative comments on the posted photos. One Facebook user said Kris should have her own helicopter since she is rich.

“Look at how these people use the government’s money and vehicles to campaign for Mar Roxas,” another commenter said in Filipino.

Another netizen said government assets should be used against rebels in Mindanao instead of campaigning.

The President has been campaigning for Roxas, who has yet to top an election survey, during the past several months. His sister, a famous actress and television host, has recently joined the Liberal Party’s sorties in the Visayas. RAM