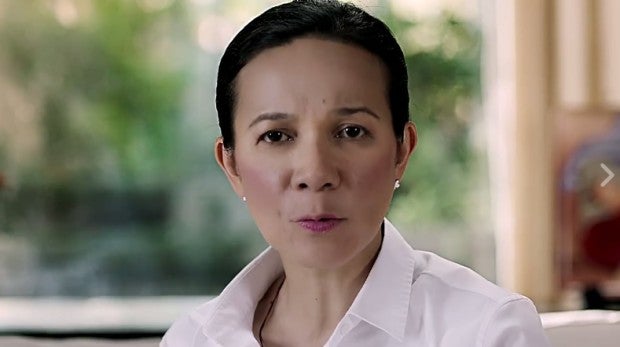 Amid public outcry over her rival’s rape joke, Senator Grace Poe took the cudgels for women’s rights in  her new political advertisement released this Tuesday.

(Why are we women humiliated, derided, belittled, and embarrassed?)

“Sa Gobyernong may Puso, gagalangin ang lahat mayaman o mahirap, ganun dapat ang pangulo (In the Government with a Heart, we will respect everyone, whether they be rich or poor, a president should act that way).”

“Ako po si Grace Poe, gumagalang sa lahat (I am Grace Poe, and I respect everyone),” she added.

Poe was among the first to criticize Davao City Mayor Rodrigo Duterte for making a joke about an Australian lay missionary who was raped and killed during a 1989 hostage crisis in his city.

“As a woman, I take offense at this statement of Mayor Duterte about the rape victim,” Poe said in a statement over the weekend.

“It is distasteful and unacceptable, and reflects his disrespect for women. No one, whoever she is and whatever her looks may be, deserves to be raped and abused. Rape is a crime and no laughing matter. We should all be outraged at abuses against women.”

“While some may seem impressed with the mayor’s nonchalance and tough talking stance, he should be reminded that at all times, women, men and the LGBT alike should be treated with dignity and respect,” she said. IDL