Santiago: Duterte ‘crossed line’ but that’s how he talks 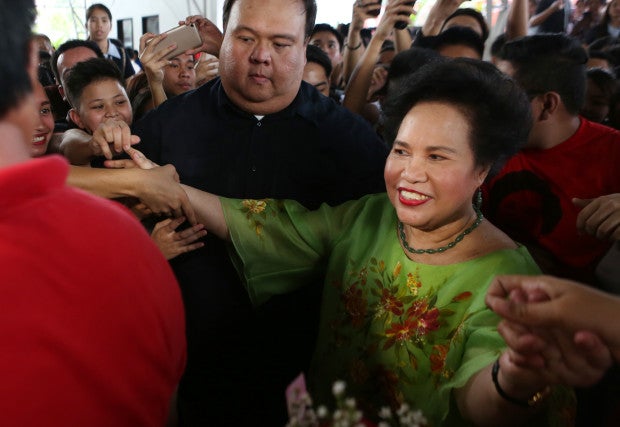 MALOLOS, Bulacan—Presidential candidate Davao City Mayor Rodrigo Duterte has “crossed the line” with his joke about an Australian lay missionary who was raped in the 1980s, his rival Sen. Miriam Defensor-Santiago said on Monday.

“I think it crossed the line,” the senator said on the sidelines of  commencement exercises at Bulacan State University where she was the guest speaker.

Duterte is under fire for making a joke about one of 17 missionaries who were held hostage while visiting a Davao detention cell in 1989.

In a video of a campaign rally which circulated online over the weekend, Duterte remarked that he wished he could have raped the Australian first, since she was beautiful like an actress.

However, although the mayor has crossed the line, Santiago said it was his right to free expression.

“That’s the way he expresses himself,” she said of Duterte, whom she referred to in earlier interviews as one of her “best friends.”

“If the people do not like the remark, they can express it through the ballot but otherwise he has the right to free expression,” she said.

Duterte on Sunday said he will not say sorry to anyone but was apologetic for his “gutter language” and he said the statement was out of anger over the incident. RAM