After making Roxas comics, artist does it for real idol Duterte 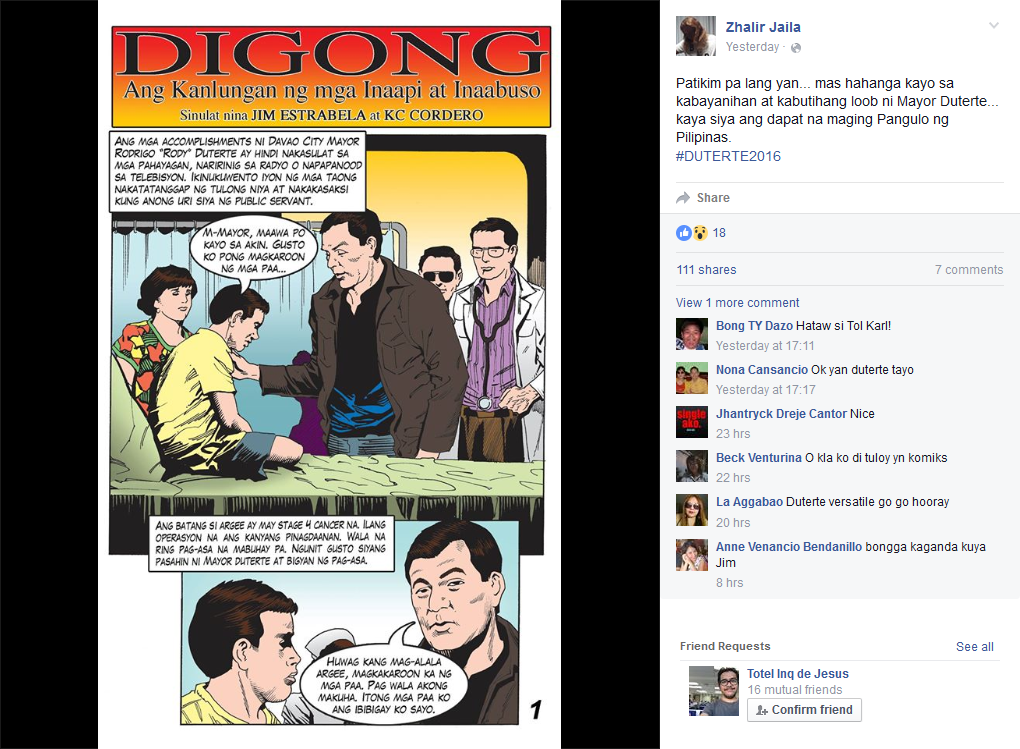 Presidential aspirant Davao City Mayor Rodrigo Duterte also has his own comic book, made by the same artist who illustrated the controversial one featuring administration bet Mar Roxas.

The comic book, which has a story written by Jim Estrabela and KC Cordero of Atlas Komiks, features the tough-talking mayor extending help to Filipinos, including a cancer-stricken boy with amputated legs.

Comendador had also done the illustrations for the comic book “Sa Gitna ng Unos,” which drew flak for portraying Roxas as a hero during the aftermath of Supertyphoon “Yolanda” amid allegations of slow government response and rehabilitation.

But Comendador, who said he was a Duterte supporter, had clarified that he was just commissioned to draw the supporter-initiated Roxas comics. YG/RC 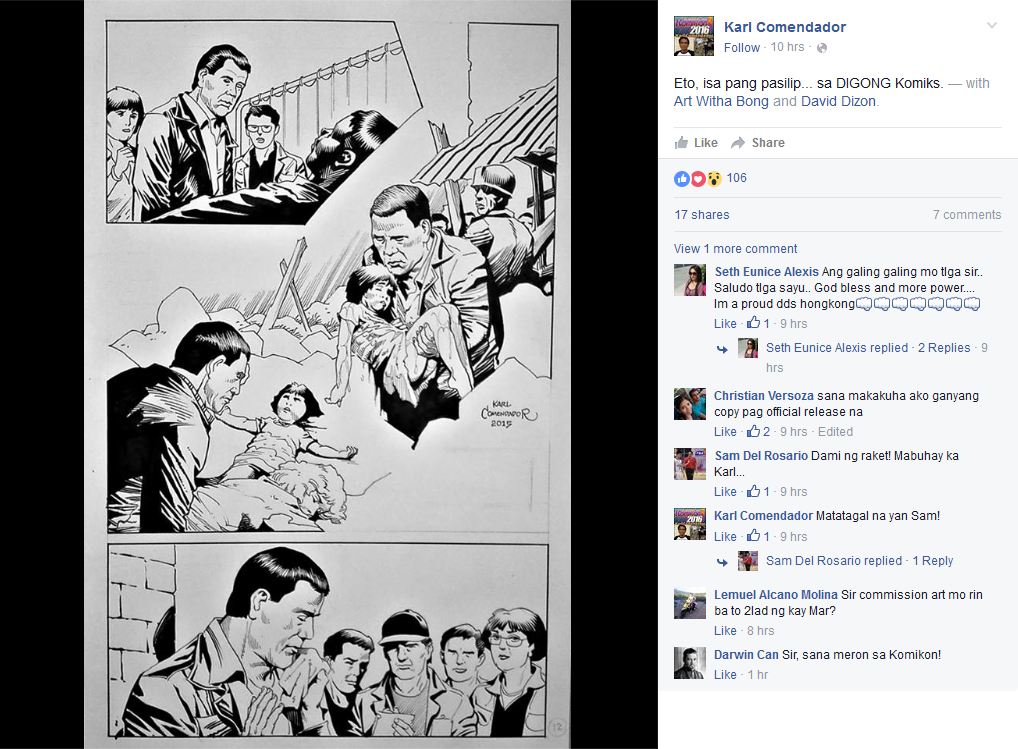 Artist who made Roxas comic book is Duterte supporter