Davao City losses due to brownouts may exceed P2.3B – Minda 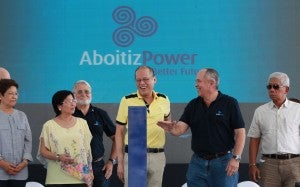 DAVAO CITY – The cost to the local business of the five-hour rotational brownout could surpass the P2.3-billion loss suffered by Cagayan de Oro City when it was hit by three-hour daily power outages in 2014, an official of a Malacañang-attached agency said.

Romeo Montenegro, director for investment promotions and public affairs of the Mindanao Development Authority (Minda), said tourism would be one of the sectors to post major losses from the five-hour daily brownout.

“The huge impact is on tourism because it is summer time so foregone revenues will be huge,” Montenegro said on Wednesday.

Bian said she based this projection on the 2014 economic performance of  the Davao region as reported by the National Economic and Development Authority (NEDA).  The region’s economic output for the year was P281 billion, according to NEDA.

“Since Davao City’s service sector accounts for over 50 percent of this, you can imagine the extent…That’s roughly P12.25 billion a month or about P408 million a day,” Bian said.

Montenegro agreed that the losses would be enormous but he said Minda had yet to come up with an assessment, in consultation with the business sector.

He said problematic power plants should recover or be repaired as soon as possible to ease the situation.

Mariano Alquiza, the director of the Department of Public Works and Highways in Southern Mindanao, said government projects have also suffered setbacks due to the power shortage.

He said ground works in some projects had to be halted because some electricity-dependent equipment could not be used.

On Tuesday, the Aboitiz-owned Davao Light and Power Company announced that it has started implementing daily 5-hour power interruptions because the power supply available to Mindanao has been reduced by power plants that conked out and have been undergoing emergency repairs; those undergoing preemptive shutdown to give way to maintenance works that would hopefully prevent brownouts or blackouts and hydro-power plants that have suffered as a result of the drought.

“Currently, based on the available power supply allocated to Davao Light by generating plants, the deficit has increased to an average of 100 MW. Hence, the duration has now increased from a maximum of 2 hours to a maximum of five hours,” the DLPC said.

According to the company, there will be a maximum of one-hour power interruption for every 20-megawatt deficit.

“The reasons are still due to the worsening effect of the El Niño Phenomenon on the major hydro power plants in Mindanao; recent emergency outage of two Agus plant;  and the shutdown of one of the units of the Therma South Inc. coal-fired power plant last April 6,” the power utility said.

TSI’s coal-fired plant in Binugao in Toril district here, which was touted to be the answer to the city’s power problem, was commissioned late last year only. Since then, it has been shut down more than twice already. The reason for the shutdowns ranged from maintenance – even if the plant was still new – to engineering problems.

Arturo Milan, DLPC president, said the shutdown decreased by half TSI’s supply to them from the previous 100 megawatts. Davao Light and TSI are sister companies.

Another DLPC sister company, Hedcor in Davao del Sur, has been delivering 22 megawatts instead of the contracted power supply of 49 megawatts, he said.

Milan said no reprieve could be expected from the Agus and Pulangi hydro sources as the drought drastically reduced their output to just 108 megawatts instead of the combined capacity of 982 megawatts.  SFM