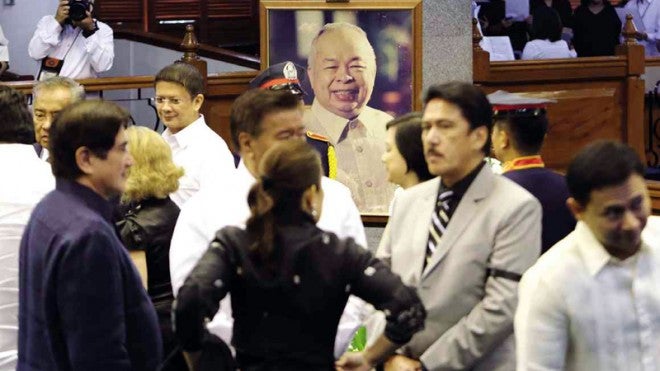 Liberal Party stalwart and Senate President Franklin Drilon snagged the top spot of the list of 12 probable winners in the senatorial race, Social Weather Stations (SWS) said in its latest survey conducted from March 30 to April 2.

According to the results of the SWS first quarter survey which were released by BusinessWorld on Monday, Drilon clinched the top spot in the list of probable winners with 45 percent.

Not far behind him is incumbent Senator Vicente “Tito” Sotto III with 42 percent.

Completing the list of those who have entered the “magic 12” are:

Read Next
Binay: I know ‘truth’ about Noynoy Aquino
EDITORS' PICK
Over 3 Million worth of prizes to be won at Smart Padala’s SENDali Manalo Promo!
Gear up and get ready to play with Yamaha Mio Gear
DOH: 28,471 new COVID-19 cases in PH; active cases now 284,458
Acer starts the year off strong with the Aspire Vero National Geographic Edition
On Day 2 of implementation, gov’t says workers now exempt from ‘no vax, no ride’ policy
Metro Manila posts lowest temperature yet this ‘amihan’ season at 19°C
MOST READ
In Batanes, octogenarian dies of COVID-19
Cold-case investigation names surprise suspect in Anne Frank’s betrayal
Emma Stone calls Andrew Garfield a ‘jerk’ after he ‘lied’ about his ‘Spider-Man: No Way Home’ appearance
Czech anti-vax singer dies after deliberate infection
Don't miss out on the latest news and information.