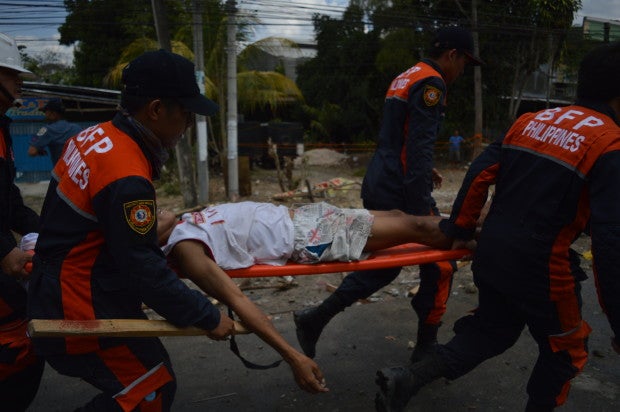 In a statement, the administration bet and former interior secretary said an investigation must be conducted by the Philippine National Police (PNP) and other concerned agencies to determine who were accountable for the death of at least one farmer and several others wounded in the incident.

“Mariin nating kinukundena ang gulong naganap sa Kidapawan kaninang umaga. Nakakabahala ang balitang nagkaroon ng gulo sa pagitan ng mga awtoridad at mga raliyista (We strongly condemn the dispersal that happened in Kidapawan this morning. The news that there was disorder that occured between the authorities and protesters is disturbing). The first task of the day is to restore order to area and make sure that no clash happens again. The wounded on either side should be tended to,” Roxas said in a statement.

“I call on the PNP and other concerned agencies to investigate as to the true cause of the clash and, if warranted, punish those who may be accountable,” he added.

The farmers, who were demanding relief and subsidy for farm communities affected by the dry spell, said police authorities fired the first shot as they violently dispersed the protesting peasants.

The PNP, meanwhile, said it was “consolidating all information” regarding the incident, noting that two of its officers were “under critical condition due to head trauma, reportedly due to attacks intiated from the assembled crowd.”

Echoing Roxas, Robredo also called for a probe on the incident, saying that the perpetrators of the attacks should be held accountable.

(I a deeply saddend by the violence that occured. An investigation must be conducted on this matter and those who have committed any wrongdoing must be punished.)

Department of Interior and Local Government (DILG) Secretary Mel Senen Sarmiento said he had already instructed the Cotabato PNP “to address the issue and report the same with urgency.” RAM