DOTC confirms Vitangcol axed in 2014 due to conflict of interest 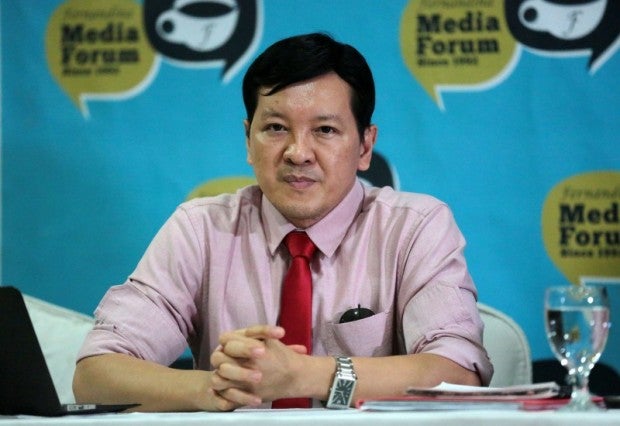 The Department of Transportation and Communications (DOTC) on Thursday confirmed that embattled former Metro Rail Transit Line 3 (MRT-3) general manager Al Vitangcol III was relieved from his post in 2014 due to conflict of interest in the rail system’s maintenance contract.

Reacting to Vitangcol’s recent statement that he resigned and was not fired, the DOTC said its officials did not know that the former MRT chief’s uncle-in-law was the incorporator of the Philippine Trans Rail Management and Services Corp. (PH Trams), a company that bagged a service deal for the maintenance of the dilapidated railway system.

“It was this apparent act of dishonesty that served as basis for his being relieved of his duties as General Manager, since all trust and confidence in him was lost,” DOTC said in a statement.

During a hearing at the House of Representatives in 2014, Vitangcol admitted that he was temporarily relieved of his duties and then offered his resignation on the same day he received the notice.

Vitangcol, who was appointed MRT head in 2012, is facing criminal charges before the Sandiganbayan filed by the Office of the Ombudsman.

“The Ombudsman concluded, however, that Vitangcol was guilty of having a conflict-of-interest in that bid. These findings reinforced the DOTC’s loss of trust and confidence in Vitangcol due to his failure to disclose his relationship, which casted doubt on his honesty and character,” DOTC said. RAM

After graft rap due to MRT fiasco, Vitangcol pins down Abaya