Poe back at Arroyo bailiwick in Pampanga 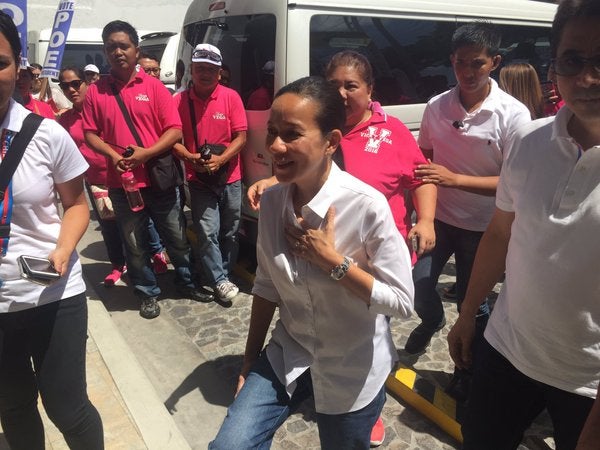 It was Arroyo, who defeated Poe’s adoptive father, the late action king Fernando Poe Jr. (FPJ) during the 2004 presidential race.

Poe will start her campaign here in Pampanga with a motorcade in the morning. She is scheduled to speak at Mawaque resettlement in the afternoon.

This is Poe’s third provincial sortie this week, starting with Batangas last Tuesday and in Pangasinan, FPJ’s hometown, Wednesday.

She is also set to campaign in Laguna and Rizal provinces on Friday and Saturday, respectively. CDG

Poe vows no ‘letup’ in campaign