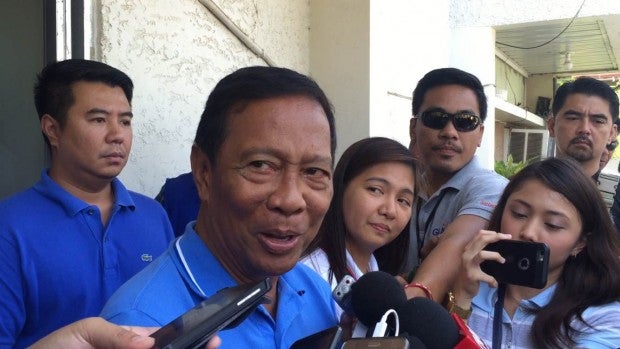 PALOMPON, Leyte – Vice President Jejomar Binay on Wednesday opted not to comment about the comic book that portrayed his political nemesis Mar Roxas as a hero.

In an interview after his meeting with barangay captains here, Binay scored the government for its failure to completely rehabilitate the places affected by the monster storm three years since the tragedy.

(I’ve read that in a newspaper. I have no comment. [What matters] is that the rehabilitation of Yolanda is not finished. It’s been three years already.)

In the comics titled “Sa Gitna ng Unos,” Roxas, who was then an Interior Secretary, was portrayed as a hero when he was in Leyte in the onslaught of Yolanda, the world’s strongest typhoon to hit land which claimed more than 6,000 lives  in November 2013.

READ:  Roxas on comic book: I didn’t approve it, but it’s accurate