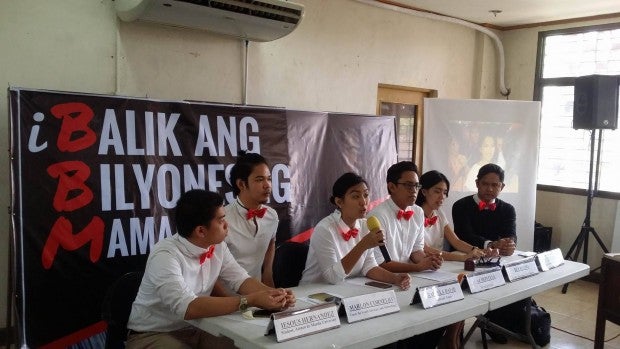 Members of the iBalikangBilyones ng Mamamayan (BBM) Movement discuss issues on historical revisionism and the ill-gotten wealth of the Marcoses. CONTRIBUTED IMAGE

The millennials are not as vulnerable at all, as how they are perceived by the older generations.

Donning electronic bowties like the one Senator Ferdinand “Bongbong” Marcos as a young man wore on a family yacht party in the now-infamous Marcos Home Videos, the iBalikangBilyones ng Mamamayan (BBM) Movement demanded that Marcos return his family’s ill-gotten wealth as a prerequisite to becoming the nation’s Vice President.

“It is incredibly sad that some of our fellow youth have fallen victim to historical white-washing,” said Bea Reyno, a spokesperson of the BBM Movement and a member of the UP Diliman University Student Council, in a statement.

“The Marcoses stole hundreds of billions of pesos from the Filipino people. They instituted and systematized the corruption that we are still suffering from today,” she added.

The international community estimates that the Marcos family stole approximately US$10 billion during their time in Malacañang.

That is the equivalent of approximately Php 1 (one) trillion in current figures, or 1,060 hectares in P 1,000 bills.

“We tend to think of EDSA as a symbol of the People Power Revolution, but imagine 20 Edsas completely covered in 1,000 peso bills. That is how much money the Marcos family owes the Filipino people,” added Reyno.

“It is absolutely not true that Bongbong was a helpless child during his father’s reign,” said A.J. Montesa, also of the BBM Movement. 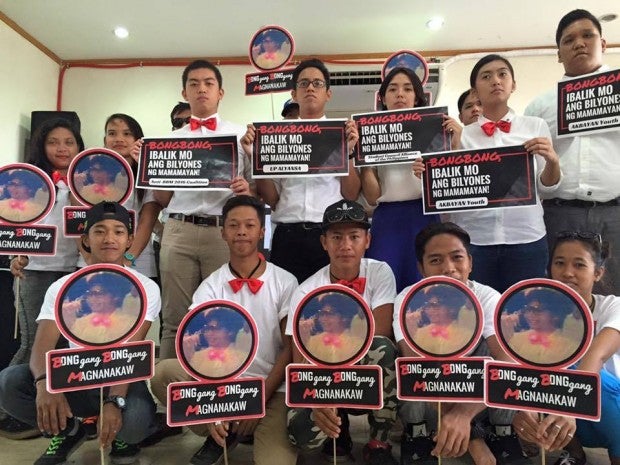 Members and officers of the BBM show the youth are not as vulnerable as the so-called millennials. CONTRIBUTED IMAGE

“After attending, though not graduating from luxury foreign boarding schools at the Filipino people’s expense, Bongbong was appointed by his father as Vice-Governor of Ilocos Norte,” he added.

During his incumbency, the young Marcos never did anything concrete for the province until the whole family was thrown out by the Edsa People Power Revolution and lived in exile in Hawaii. TVJ