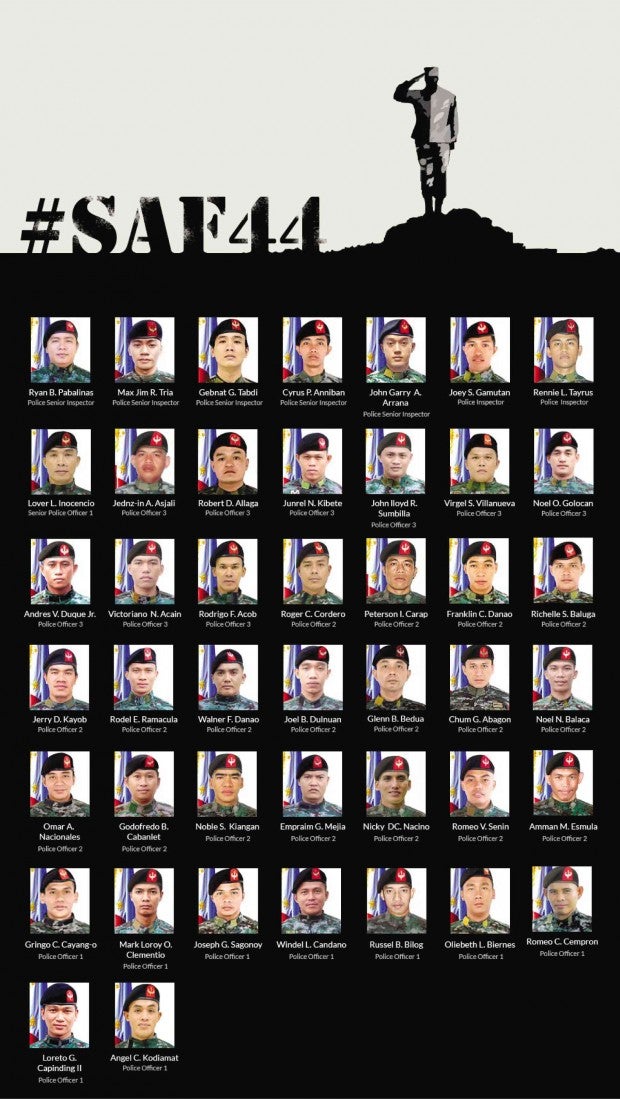 Last Jan. 28, acting Justice Secretary Emmanuel Caparas said the resolution on the complex crime of direct assault with murder complaint that the National Bureau of Investigation (NBI) filed against 90 MILFs, BIFFs and PAGs over the killing of 35 SAF operatives during the encounter would be in three to four weeks.

“Please expect us to have a resolution on that matter—give us about 3 to 4 weeks to be able to do that. Napakadami kasi ng ebidensya na tinitingnan ngayon (We are looking into a lot of evidence) and when we proceed with whatever action we decide to later on, it has to be supported very well by evidence,” he said last January.

On Friday, Caparas assured that the resolution would be released next week. No reason was offered for the delay.

The preliminary investigation conducted by the DOJ panel was terminated last Jan. 14 with only four out of 90 respondents answering the complaint leveled against them.