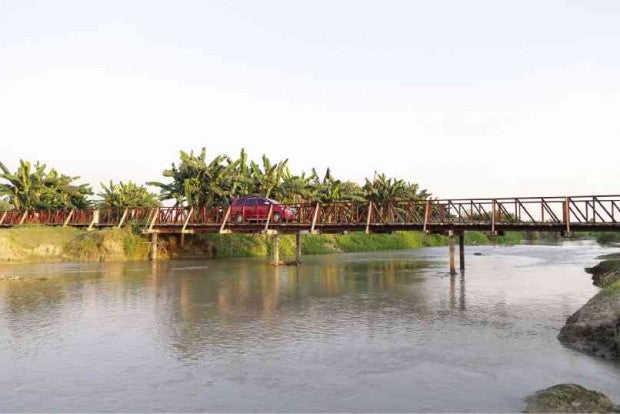 MOTORISTS cross a new steel bridge that took the place of one in Tukanalipao village, Mamasapano town, that became infamous for being the site where many of the SAF 44 commandos were killed.

Department of Justice (DOJ) prosecutors will need three to four weeks more to decide whether murder and theft cases would be filed against the killers of police commandos in Mamasapano, Maguindanao province, in January last year, acting Justice Secretary Emmanuel Caparas said yesterday.

In a press conference, Caparas said although the panel of prosecutors terminated the preliminary investigation on Jan. 14, it would have to go over and evaluate voluminous evidence before coming out with a resolution whether there was probable cause to file the cases against the 90 respondents, mostly members of the Moro Islamic Liberation Front, Bangsamoro Islamic Freedom Fighters and private armed groups.

“The preliminary investigation is already concluded and it’s left to our prosecutors to go over everything that’s been gathered and come up with the resolution of that case. Please expect us to resolve that or have our resolution on that matter—give us about three to four weeks to be able to do that,” Caparas said.

“There’s a lot of evidence that’s being pored over [by the prosecutors]. When we proceed with whatever action we decide later on, it has to be supported very well by the evidence that’s been presented,” he added. Jerome Aning