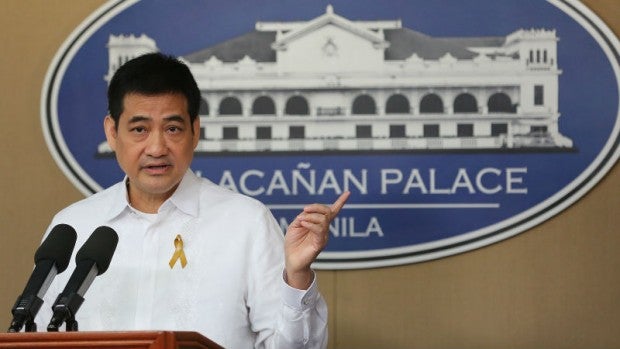 Despite the fact that administration presidential bet Manuel “Mar” Roxas II is still not topping the surveys, a Malacañang spokesperson on Friday said the latest Pulse Asia poll is an indication that there is a “breakthrough.”

“The Feb. 15 to 20 Pulse survey shows the race [is] tightening. The posturing is wearing thin as reality is catching up with those increasingly unable to withstand scrutiny,” Presidential Spokesperson Edwin Lacierda said in a text message.

“As the public’s attention and concentration increases, the breakthrough of the true candidates of reform is imminent,” he explained.

Lacierda said the administration is confident that “as clarity occurs, the public will take to heart that this nation has too much potential to risk any course other than continuity and stability through ‘Daang Matuwid’ (‘Straight Path’).”

According to the recent Pulse Asia survey, which was conducted among 1,800 registered voters, Senator Grace Poe and Vice President Jejomar Binay may likely win the presidential elections if it was held from February 15 to 20.

Poe (26 percent) and Binay (25 percent) were statistically tied for first place while the ruling Liberal Party’s bet, former secretary Roxas and Davao City Mayor Rodrigo Duterte were close behind, both with a preference rating of 21 percent.

In fifth place was Senator Miriam Defensor-Santiago with three percent.

An earlier Pulse Asia survey conducted in January 2016 showed Roxas tied with Duterte. Poe, however, used to have a higher preference rating (at 30 percent) while Binay followed (at 23 percent). 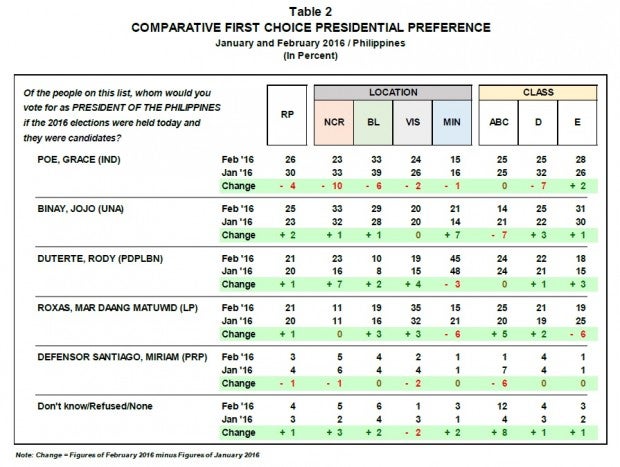