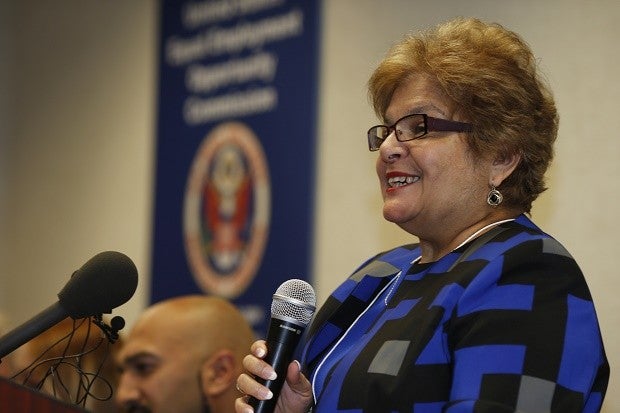 Elizabeth Cadle, acting director of the Phoenix district office of the U.S. Equal Employment Opportunity Commission, smiles as she announces a settlement in a case of sexual harassment, national origin discrimination and retaliation lawsuit against Vail Run Resort, a luxury resort in Vail, Colo., Tuesday, Feb. 16, 2016, in Denver. AP

The EEOC Philadelphia office says in its lawsuit against Scott Medical Health Center a gay employee quit after his manager used gay slurs. It says in a separate lawsuit in Baltimore a lesbian employee of IFCO Systems NA was fired after complaining her supervisor made comments regarding her sexual orientation and appearance.

EEOC General Counsel David Lopez says the agency is committed to ensuring people aren’t discriminated against in workplaces because of their sexual orientations.

No one from Scott Medical Health Center was available to comment Tuesday. A message left seeking comment from IFCO Systems hasn’t been returned.