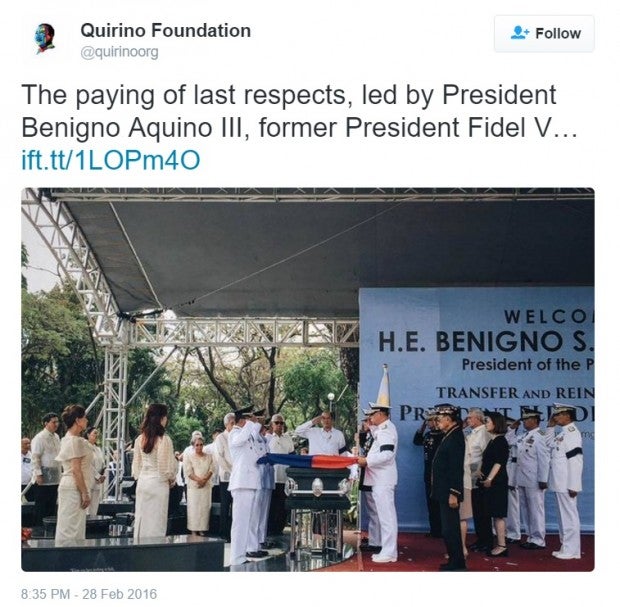 President Benigno Aquino III on Monday morning led the re-interment of the remains of former president Elpidio Quirino at the Libingan ng mga Bayani in Taguig.

READ: After 60 years, President Quirino gets burial he deserves

A motorcade was held from the Manila South Cemetery to the national cemetery.

“As part of the commemorative events for President Quirino’s 125th birth anniversary and coinciding with his 60th death anniversary, the former president’s remains were exhumed from the Manila South Cemetery and re-interred at the Libingan ng mga Bayani,” Presidential Spokerperson Edwin Lacierda said in a statement.

Lacierda said Quirino is the third president to be buried in the national cemetery. Both President Carlos P. Garcia and President Diosdado Macapagal were interred at Libingan ng mga Bayani.

Both the Official Gazette and the Quirino Foundation posted photos of the event.

Quirino took over the presidency in 1948 after President Manuel Roxas died of a heart attack.

READ: Did you know? 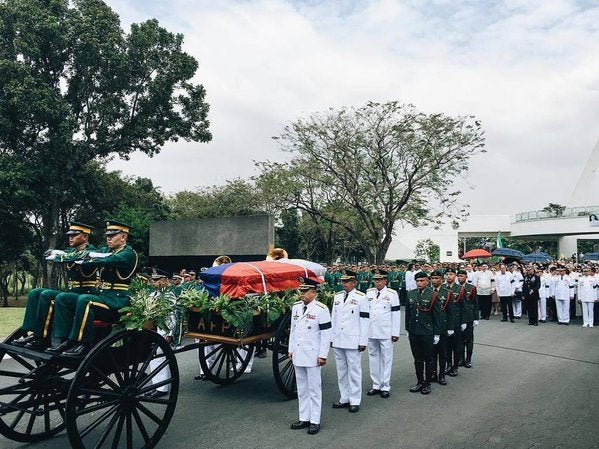