‘Partido Galing at Puso’ manager on campaign: ‘The momentum was very good’ 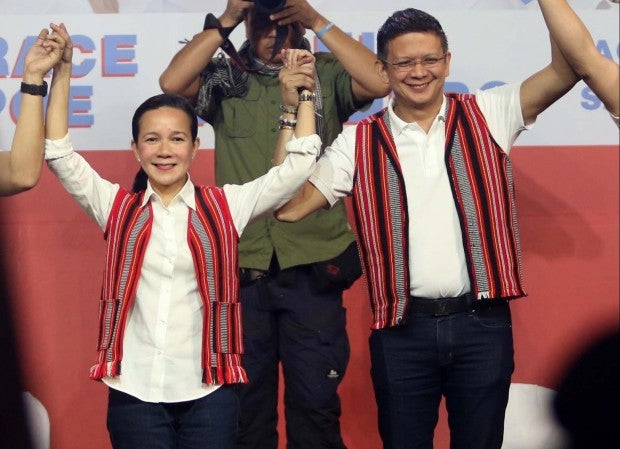 “The momentum was very good.”

That was how Cebu Representative Ace Durano, campaign manager of “Partido Galing at Puso” (PGP), described on Monday the first three weeks of their campaign.

The six major sites included the kick-off rally at the Plaza Miranda in Quiapo, Manila; then in Pangasinan, hometown of Poe’s adoptive father the late action king Fernando Poe Jr.; in Iloilo, which is Poe’s known birthplace; in Cabanatuan; Baguio City; and in Tacloban City.

Durano said the team is scheduled to hold a total of 20 rallies during the campaign period.

“I can say the past three weeks, the momentum was very good,” he said in a phone interview.

(There were places where we can say that the voter turnout was unexpected like in Tacloban, we did not expect that there would be a huge number of people, things like that.)

READ: Why potential run with Grace Poe would be ‘deja vu’ for Escudero

(In Iloilo also, the reception there was very good more than what we expected.)

This week, Poe’s team is also scheduled to hold two rallies—one in Angeles, Pampanga on Tuesday and in Zamboanga City on Friday.

Durano said that the team is on track with its original schedule to hold rallies in Luzon, Vizayas and Mindanao every week. RAM