Violations of rights not in textbooks 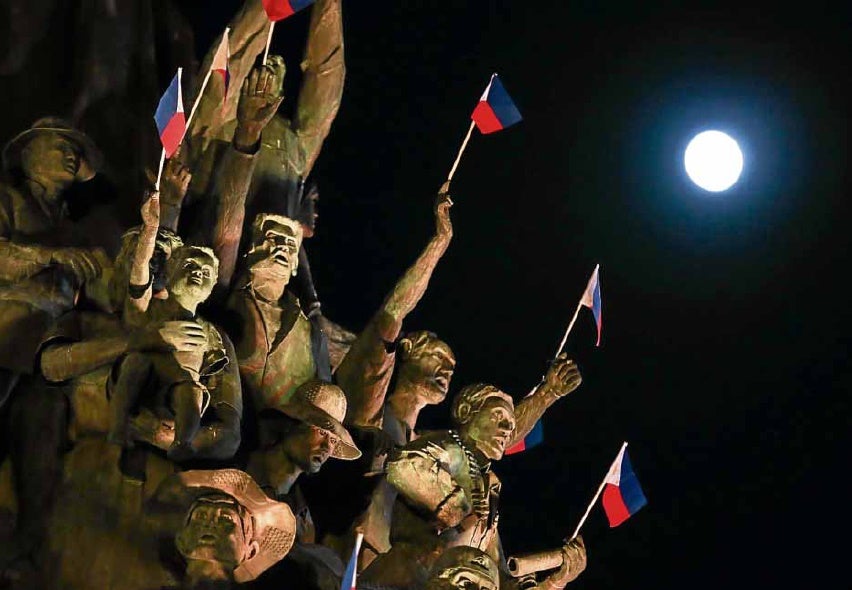 It is easier for those who lived through the dark days of martial law to understand and grasp the gravity of human rights violations committed under the dictatorship of Ferdinand Marcos.

But for the children of today, who grew up in a rather comfortable society, these atrocities are increasingly and unfortunately becoming just mere stories because of the systemic failure of a number of institutions to instill in them over the last three decades the sacrifices made by a host of Filipino martyrs in the fight to regain freedom and democracy.

And since these details are either discussed very briefly or skipped altogether, the discussion on the rise and fall of Marcos’ nearly two-decade rule veer toward the dictator’s achievements. In effect, Chua said, when the Edsa People Power Revolution is taught to children as a peaceful revolution, “it doesn’t make sense anymore.”

“Why did the people revolt? There’s no context,” he said.

In the Grade 6 textbook, “Yaman ng Pilipinas,” which is used in public schools, Marcos’ rule is discussed in a single page under the “Ang Pamahalaan at ang Mamamayang Pilipino” section.

The book, authored by Maritez Cruz, Julia Gorobat and Norma Avelino, starts with Marcos’ proclamation of martial law on Sept. 21, 1972, without explaining the circumstances surrounding its implementation.

On the 1986 presidential snap election, the book says that “the people didn’t like the result of the elections where Marcos won.” In the following sentence, it narrates that the Edsa People Power Revolution happened without explaining what occurred during the four-day event.

“Kayamanan (Kasaysayan ng Pilipinas)” gives students a much deeper understanding of the Edsa struggle as it narrates the historical facts that happened then.

But like “Yaman ng Pilipinas,” the book, written by Eleanor Antonio, Evangeline Dallo, Consuelo Imperial, Maria Carmelita Samson and Celia Soriano, is also silent on the human right violations of the dictatorship, save for saying that people were silenced because of fear of the government.

Interestingly though, the book discusses Marcos’ achievements in infrastructure, livelihood, education and culture in nearly five pages, while devoting a single page to summarize the chapter with a note that there were reported government abuses. It is the only page in the chapter that shows a photo of an “enemy of the government” being arrested by authorities.

Under the K-12 program, the Department of Education (DepEd) is teaching martial law through the “historical narration of facts,” said Assistant Secretary Tonisito Umali.

“DepEd is not saying that martial law per se is bad. We don’t tell out straight that [it] is good or bad … Our students must make the decision themselves,” Umali said, reiterating Education Secretary Armin Luistro’s 2012 statement on the issue.

In 2012, Luistro said that in the textbook-based approach, students “imbibe the biases” of the historian that authored the book. He then noted that “if you already teach judgment or interpretation, I don’t think that’s education.”

Chua, however, disagreed, pointing out that educators should not be afraid to “give value judgments.”

“What are we going to teach the kids? If you plunder, you can get away with it. That’s teaching impunity. Teachers must not be afraid to give value judgments. They must not be afraid to teach about martial law,” he said. That way, he said, children would be able to know when such a situation would happen again.

Umali, however, stressed that under this setup, the public could be assured that “we will not be remiss in narrating what actually happened or didn’t happen during the martial law period, to make sure that our students will be properly equipped when they make their own judgment or interpretation of martial law.”

He pointed out that while it was the teacher’s responsibility to inform and educate, the community, parents in particular, should help guide the student in making an informed choice.

“A student’s learning doesn’t end in the four corners of the classroom … Parents should guide, share their personal experiences during that time, and encourage our kids to critically think,” said Umali, whose father was one of the hundreds illegally detained during martial law.