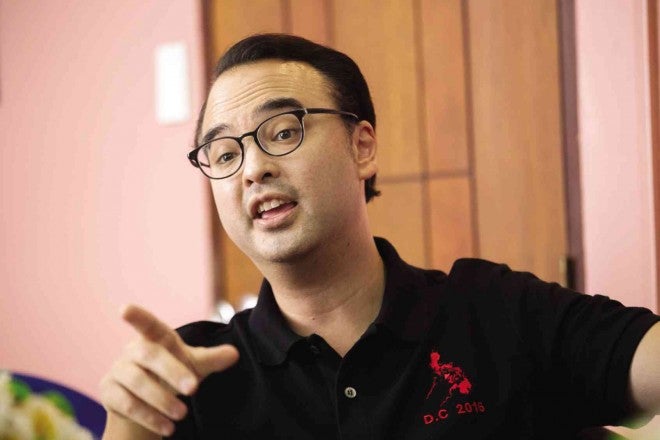 “We will abolish all unnecessary permits and procedures for OFWs, and establish a department solely dedicated to protect and promote the welfare of OFWs,” Cayetano said in a statement.

Cayetano lamented how the government failed to assist victims of the bullet-planting scam five months after it plagued the country’s airports.

He cited how OFW Gloria Ortinez was accused of carrying a bullet at the Ninoy Aquino International Airport (Naia) before leaving the Philippines to work as a domestic helper in Hong Kong in October 2015.

(What happened to Gloria should never happen again. We have had enough suffering and chaos. It’s time Filipinos become happy.)

Ortinez was terminated by her employer after she failed to return to Hong Kong on time in the aftermath of the tanim-bala incident.

If elected vice president, the senator vowed to protect OFWs and hold accountable all the people behind the scam.

The senator said he would “dismantle all the syndicates operating inside our airports and jail all those behind these groups.”

“We will pursue the cases I filed against several public officials who are administratively liable for the scam,” he said.

Cayetano has filed an administrative complaint against transportation secretary Secretary Joseph Emilio Abaya and executives of the Ninoy Aquino International Airport (Naia) at the Office of the Ombudsman over the alleged “tanim-bala scam” victimizing airline passengers. IDL