Escudero takes jab at Roxas: He could have done more for his province | Inquirer News

Escudero takes jab at Roxas: He could have done more for his province 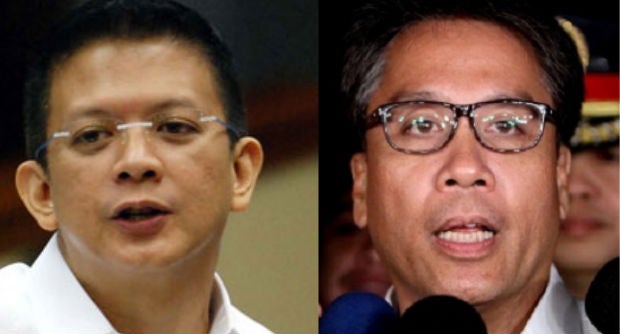 ROXAS CITY—Vice presidential bet and Senator Francis “Chiz” Escudero took a jab at presidential bet and former Interior Secretary Mar Roxas, who he said could have done more for his own province here considering the latter’s closeness to at least two former leaders and incumbent President Benigno Aquino III.

(Perhaps people will not be able to recognize the province where a congressman, senator or secretary came from if he or she will be given at least a year to be close to the president compared with the period before he became associated with the leader.)

Asked by a Manila-based reporter whom he was referring to in particular, Escudero minced no words in saying that it was Roxas.

(One who has been close to the president? It’s Secretary Roxas.)

(What I’m saying is he could have done more for his province compared with what we are seeing here now.)

(And perhaps you don’t have to ask me. Ask the residents here about the change they were expecting in their province given that he (Roxas) is close to and served as a secretary of the president—not as a congressman or senator—but as a secretary and favorite of the incumbent president and his presidential bet.)

Escudero said among the priority needs of the province are infrastructures, water and redistribution of wealth.

(It should not be the case in your province, that there are only few rich people and few have money and there are many poor here and the gap between the rich and the poor is very wide.)

Senator Grace Poe refused to say whether or not she agreed with her running mate’s opinion, noting that Roxas is her rival in the upcoming presidential race in May.

(This is the only thing I can say. In our administration, many people will benefit, there will be more development projects that the residents of Capiz will feel so my promise is if I will be given the chance, there will be more needs to be addressed here.) RAM