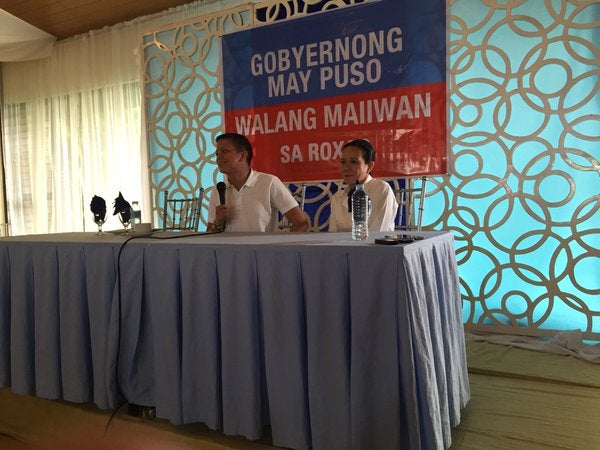 Poe did not confirm if the report was indeed true but responded anyway to the question by a reporter about the alleged report that they were not allowed to conduct a forum at a certain school here.

(The righteous path should have no room for such stunt.)

(That’s why we have been saying that no particular group has a monopoly to righteousness. We have witnessed how politicking renders our good intentions useless.)

If she’s given a chance to lead the country, Poe said she would not allow this kind of politics.

(If I will be given an opportunity, I will not allow this kind of politics because the Philippines is for all Filipinos. All students and all citizens from all cities and provinces have the right to listen to the candidates so they will know about their platforms.)

She noted that this was also done to her before when the media was not allowed entry to a school. She did not elaborate.

(I hope we were given a chance to talk to the students. They have done this to me before at a school where they did not allow the media to enter but let me speak for just two minutes.)

(I pity the school officials and the students because it was not their decision, but there are being dragged to this. It was (the government’s) chance to show that the Righteous Path welcomes everyone and not just a select few.)

Asked then if she was confirming that they had a scheduled forum in a school here, the senator said: “Basta hindi kami sa isang school. Hindi ko alam kung pati ‘yung sa mall ay hindi natuloy.”

(We were not going to hold it in a school. I don’t know if the forum at a mall has been cancelled too.)

(If ever our forum in that school has been cancelled, it’s suspicious because it’s been our SOP to hold talks in schools. We have been able to visit several schools already.)

(I don’t want to mention the name of the school anymore because it was not the one that made the decision to cancel it, if ever.)