ROXAS CITY – A huge billboard of former Interior Secretary Manuel “Mar” Roxas II in his own bailiwick was a silent witness when supporters of his rival, Senator Grace Poe, went wild screaming as she arrived here Wednesday morning.

Poe and her running mate, Senator Francis “Chiz” Escudero, arrived here around 11:00 am.

Traffic stopped when Poe’s vehicle emerged from the airport and the senator got off and crossed the street to greet her supporters who lined up in front of Roxas’ billboard.

Asked why they are for Poe, an old woman said: “Kasi idol namin si Susan Roces at FPJ. (Because Susan Roces and FPJ are our idols.)”

The woman was referring to Poe’s adoptive parents, Roces and the late actor Fernando Poe Jr. 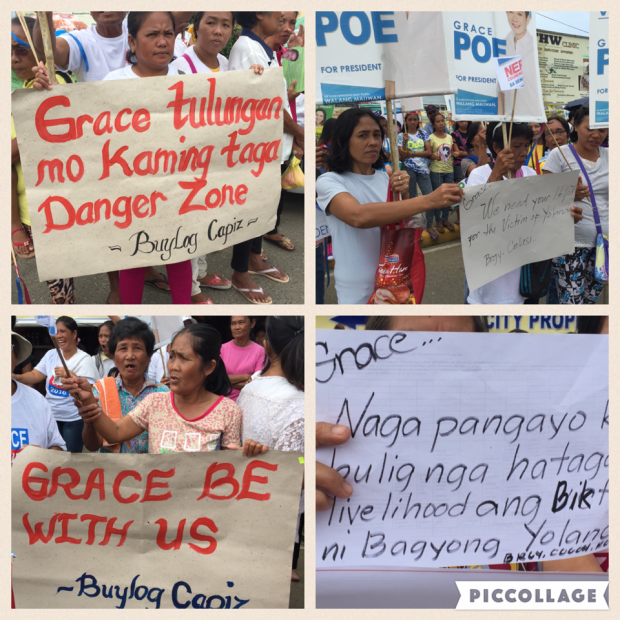 The supporters, mostly women, some of them members of the Gabriela group, were holding placards and posters with messages for Poe.

Another poster read: “We need your help for the victims of Yolanda.”

“Grace be with us,” another poster read.

After greeting their supporters outside the airport, Poe and Escudero went straight to meet the local media. They are scheduled to attend the Youth Leaders Forum in the afternoon. CDG