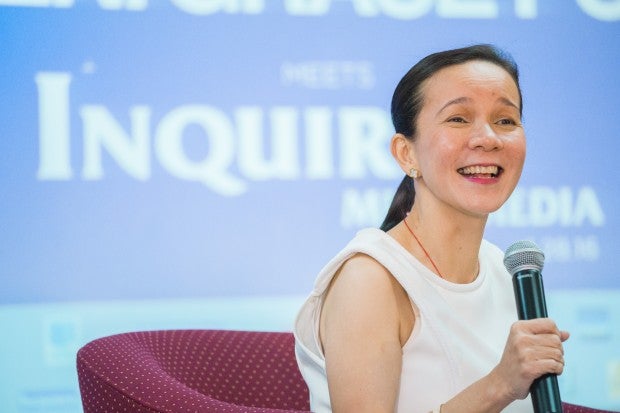 ILOILO, Philippines — Senator Grace Poe, who is running for president in May, returned here on Tuesday with her adoptive mother, veteran actress Susan Roces.

Poe is in the province, her known birth place, to campaign along with her running mate, Senator Francis “Chiz” Escudero, and some of their senatorial bets in team dubbed as “Partido Galing at Puso.”

Her mom will join them in the sortie starting with a tour at the La Paz Market scheduled at 7:30 a.m.

At 9:00 a.m, Poe’s team will have a gathering at Carles town followed by a meet and greet at Barotac Viejo Market at 10:30 a.m.

There will be a lunch press conference scheduled at 11:15 a.m. and a school visit at the University of Iloilo at 1:30 p.m.

At 5 p.m., Poe is also set to visit the Jaro Church, where she was supposedly found as a baby.

The senator was later adopted by Roces and her husband, the late action king Fernando Poe Jr. (FPJ)

Poe’s being a foundling is one of the subjects of the disqualification cases filed against her.

The cases are now being heared by the Supreme Court, which is set to resume its oral arguments this afternoon.

After visiting the Jaro Church, Poe and her team will proceed to the Jaro Plaza to hold a rally there.