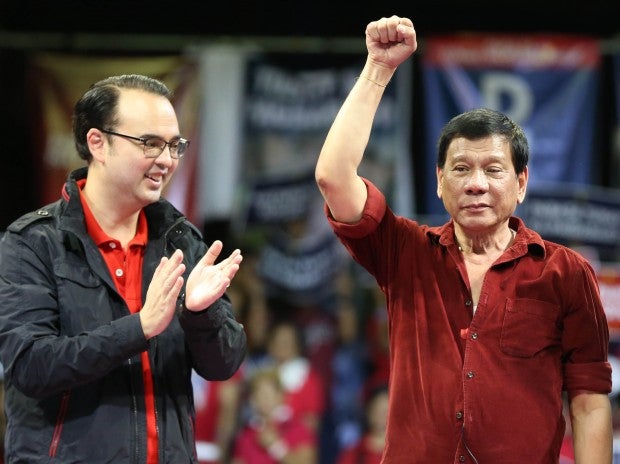 PDP-Laban made the announcement despite claims by some senatorial candidates that they had received an endorsement from Duterte and Cayetano based on their appearances in the duo’s campaign sorties.

“But they do not have the right to get angry if they are not allowed to speak, especially if the two main candidates are there,” he said.

“We made the decision there (in Davao). The PDP-Laban Duterte-Cayetano campaign team has decided we will not be endorsing any senatorial candidate,” he added.

Pimentel said the decision not to endorse senatorial candidates was to allow PDP-Laban to concentrate on campaigning for the two candidates and to gain “portability.”

He nevertheless said candidates running for Senate seats might appear at the Duterte-Cayetano rallies and speak depending on the availability of time.

“Some of them (senatorial candidates) were previously free to claim they were in the Duterte-Cayetano team slate. But now, they are not. This is the decision of the campaign team,” Pimentel said.