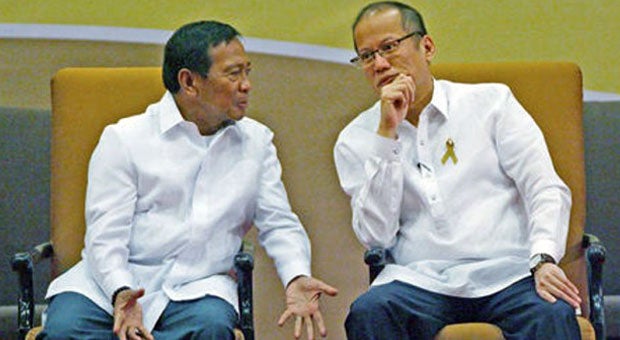 Binay also suffered the same fate with an approval rating of 47 percent in January from 52 percent in December, and trust rating of 45 percent from 49 percent last December.

Only Aquino and Binay enjoyed “near majority approval ratings,” while Drilon received almost the same approval and indecision ratings.

On the other hand, respondents were more undecided when it came to Belmonte and Sereno who posted approval ratings of 24 percent and 25 percent, respectively.

A similar trend was seen in their trust ratings.

Events that coincided with the survey are Aquino’s veto of the bill increasing monthly pension of Social Security System (SSS) members, the anniversary of the Mamasapano encounter, and the conclusion of the Senate blue ribbon subcommittee probe on corruption allegations against Binay.

“We note further the most significant increases in the President’s ratings came from socio-economic class ABC at both +7, indicating that the government’s programs to institutionalize good governance and transparency as well as ensuring continued economic reform and inclusive growth have resonated well among the leaders of the professional and business communities,” he said. 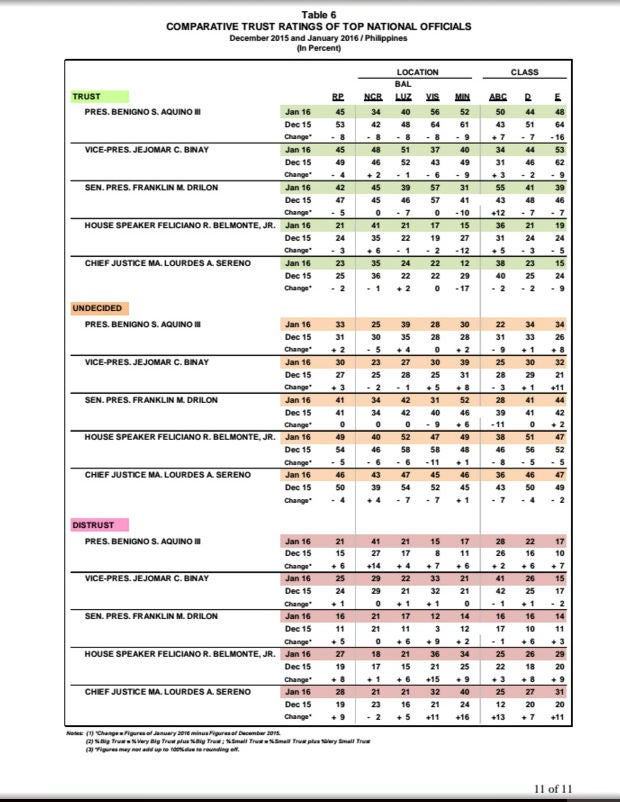