After being freed from jail in January over a libel suit, expelled Iglesia Ni Cristo (INC) member Lowell Menorca II on Friday was charged with another criminal complaint, this time for adultery.

The complaint was filed at the Manila Prosecutor’s Office by a certain Davis C. Flores, an INC member and Menorca’s “long-time acquaintance,” who claimed that his estranged wife Aedtnavye Lazo was having an affair with Menorca since 2008.

“Through the years there have been numerous suspicions on the part of the complainant because of the actuations of his wife but it was only recently that he was able to confirm this because she admitted it to him, and he saw photos on social media of his wife and of the paramour,” Flores’s lawyer Kristoffer Purisima told INQUIRER.net.

“This is as much a story about betrayal as much as unlawful actions because the respondent Menorca knows that the woman is married to my client. Kaya iyon ang napakasakit din, alam na alam niya and yet he carried on with this affair,” Purisima said.

In his complaint, Flores said he introduced Menorca to his wife in 2008 three months into their marriage, adding that he did not know that the two already had a “brewing relationship” when the three of them had coffee.

Flores said he found out that Menorca ordered the delivery of expensive food to their house, and cited two separate occasions when his wife went home with a “large pink dog stuffed toy that looked expensive” and a “high-end cellular phone.” The complainant said he once browsed the messages on the phone and read a message saying “Nakauwi ka na be?” which obviously did not come from him. 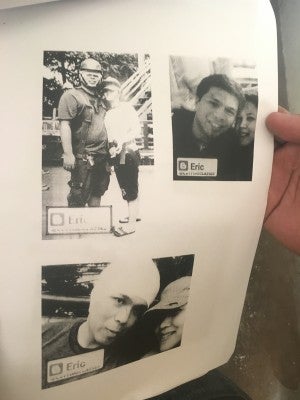 “I recall respondent Lazo showing me a text message from respondent Menorca that went something like ‘do you have a twin sister locked in a tower somewhere?’ My wife replied ‘No.’ Respondent Menorca texted again ‘Davis is lucky to have a princess like you, too bad for me I don’t,'” Flores said in his complaint.

Flores also said that when he brought his wife to New Era General Hospital some time in 2009, she asked him to buy something outside, insisting as if she wanted him to be away for a while. The complainant, saying he was suspicious, went outside and stood in a corner of the building and saw Menorca enter the hospital.

“During that time and through the years, there were also numerous instances when I would see in our bathroom lots of bath soaps, shampoos, and other toiletries from Manila Diamond Hotel, Bayview Park Hotel, and Sogo Hotel, all located in the City of Manila and within the jurisdiction of this Honorable Office,” he said.

Flores said that until late 2015 Menorca and Lazo carried on with their affair, which he supposedly discovered through a secret blog allegedly maintained by Menorca “where he proudly documented his adulterous affair with Lazo.”

“The blog’s name is ‘D_OWNER_OF_AJS_HEART’ and this can be accessed at http://downerofajsheart.blogspot.com. Obviously ‘AJ’ refers to the respondent Lazo and blogger named ‘Eric,’ the supposed owner of AJ’s heart, refers to respondent Menorca,” he said.

After confronting his wife a few days before her birthday in September last year, Flores said Lazo supposedly admitted the affair with Menorca.

“She tried to be evasive at first but later succumbed to the avalanche of the body of evidence, which, when pieced together, conclusively proves a forbidden affair,” Flores said.

“Instead of asking for forgiveness, she deserted our home and lived elsewhere in an apartment reportedly owned or rented by her paramour: respondent Menorca,” he added.

Flores also attached printouts of photos of Menorca and Lazo he saw on social media on Feb. 9, which he said “could be mistaken for lovers with deep affection for each other.”

Menorca was released in January after posting a P10,000 bail over a libel complaint filed against him in a Lanao del Norte court.

In highly irregular circumstance, Menorca, who was with his wife and 2-year-old daughter, was accosted by policemen in plainclothes who claimed they were serving the warrant of arrest issued by the court in Mindanao.

The libel charge was in connection with Menorca’s supposed remark that the Society of Communicators and Networks International (SCAN), a medical and rescue team composed of INC members, was being used by the influential religious sect in illegal activities.

But Menorca denied the allegations, saying that his statement was twisted and maintaining that the INC had a hand in his arrest.

Menorca was on his way to the Court of Appeals for a scheduled cross-examination on his request for lifetime protection over his alleged abduction and detention last year when he was arrested.

Menorca previously accused the INC of ordering his abduction in Sorsogon in July 2015 and three-month detention at the INC central compound in Quezon City.

He was slapped with a second libel complaint signed by a Marawi court, and a third one in Cavite. RC 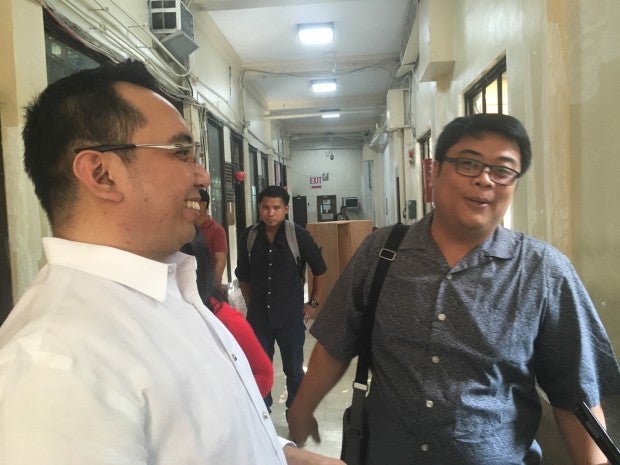