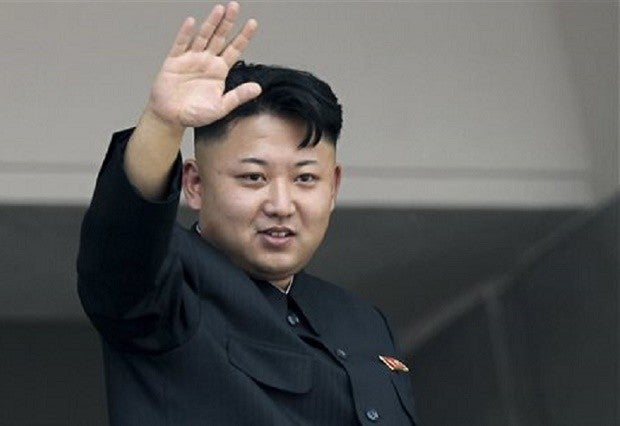 In this July 27, 2013 file photo, North Korea’s leader Kim Jong Un waves to spectators and participants of a mass military parade celebrating the 60th anniversary of the Korean War armistice in Pyongyang, North Korea. A panel of UN experts has said sanctions against the reclusive state has failed to prevent Pyongyang from developing its nuclear and ballistic missile programs.  AP

UNITED NATIONS, United States — A raft of UN sanctions imposed on North Korea over the past decade has failed to prevent Pyongyang from scaling up its nuclear and ballistic missile programs, a UN panel of experts has concluded.

“There are serious questions about the efficacy of the current United Nations sanctions regime,” the experts said in a confidential report obtained by AFP on Monday.

The panel’s finding came as the UN Security Council is working on a new sanctions resolution to punish North Korea for its fourth nuclear test and a rocket launch that the world views as a disguised ballistic missile test.

“Sanctions have not prevented the Democratic People’s Republic of Korea from gradually improving and expanding its nuclear and ballistic missile capabilities,” said the experts.

Investigations by the panel showed that Pyongyang has been successful at sanctions-busting, but the experts also faulted UN member-states, particularly in Africa, for failing to fully implement the measures.

Despite the failings, the panel nevertheless proposed adding three North Korean entities and four individuals to the UN sanctions blacklist, which provides for an assets freeze and a global travel ban.

The names of the seven were contained in a confidential annex to the report, diplomats said.

The panel also recommended adding drones and related technology to the list of items banned from trade with North Korea and to strengthen measures to prevent specialized training of North Koreans.

The Security Council has imposed four sets of sanctions on North Korea since it first tested an atomic device in 2006, but the panel said it found “no indications that the country intends to abandon its nuclear and ballistic missile programs.”

Sanctions-hit companies have managed to conceal their banned activities by embedding agents in foreign companies, resorting to diplomats to act as middlemen and dealing with a “small number of trusted foreign nationals,” said the 330-page report.

After Ocean Maritime Management was blacklisted in July 2014, the North Korean shipping company continued to evade sanctions by operating “through foreign-flagged vessels, names and company re-registrations and the rental of crews to foreign ships,” said the report.

The panel said North Korea is placing “heightened emphasis” on its missile programs, developing short-range missiles, upgrading its launch facilities and scaling up development of its submarine-launched missile capabilities.

The May 2015 test of a submarine-launched missile test was a “major technological development and a clear indication of an ongoing program to develop and operationalize the SLBM,” the experts said

These developments indicate that prospects for North Korea to “address security and humanitarian concerns of the international community as expressed in the resolutions are increasingly remote,” said the report.

While North Korea is actively pressing on with its banned programs and flouting sanctions, UN member states are showing little interest in enforcing the measures.

Experts complained that governments were either ignoring UN requests for information on possible sanctions violations or handing in reports of “poor quality” that lacked details.

“The need for all member-states’ commitment to strengthened enforcement of United Nations sanctions remains as important as ever,” said the report.

US envoy urges China ‘leadership’ in sanctioning N. Korea
New North Korean rocket could reach most of US — Seoul official