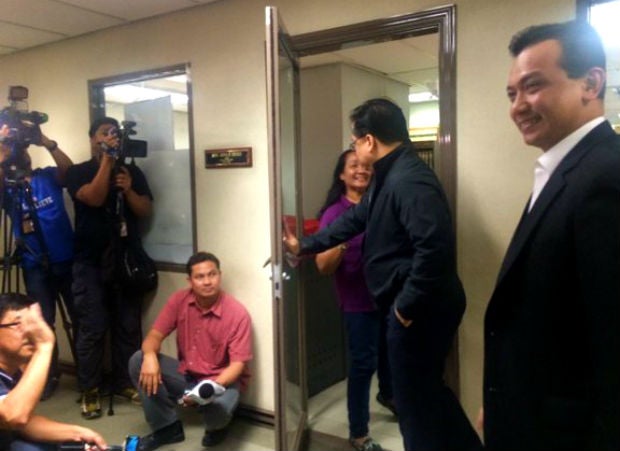 The younger Binay filed a complaint for libel  after Trillanes accused him of bribing two Court of Appeals Associate Justices to stop the implementation of the first suspension order issued by the Office of the Ombudsman against him.

In the said complaint, Binay said Trillanes, in an interview aired last April 2015 over several radio and television programs and in a newspaper article, publicly claimed that members of the 6th Division of the Court of Appeals were given P50-million bribe money (P25-million for each of the justices) in exchange for the favorable action on the petitions for a temporary restraining order and the writ of preliminary injunction.

Furthermore, Binay said Trillanes was quoted as saying that the former and his family were “part of a syndicate” that has committed various crimes and irregularities.

He pointed out that Trillanes himself had admitted during the said interview that he had no valid proof or factual basis for his pronouncements.

The dismissed mayor said the acts of Trillanes in connection with the defamatory statements made against him constitute a violation of Article 355 in relation to Article 353 of the Revised Penal Code.

After the bail, the Makati Court will set the date for his arraignment. RAM