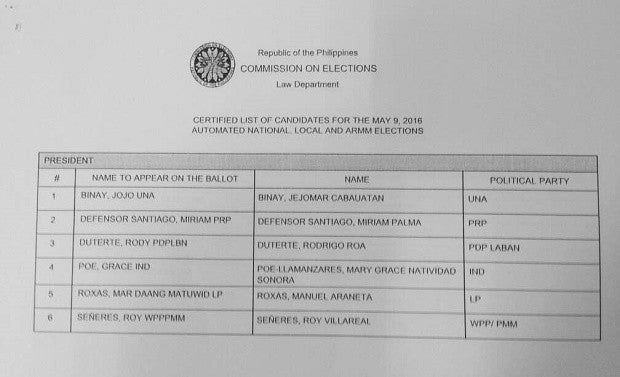 PHOTO FROM COMMISSION ON ELECTIONS

The Commission on Elections (Comelec) on Friday released the certified list of names of presidential and vice presidential candidates for the upcoming national polls that will appear on the ballot.

It will be a six-cornered fight for the two highest political posts in the country.

The Comelec’s 1st division on Thursday denied all petitions seeking to disqualify Duterte from the presidential derby due to lack of merit, while a petition by Sen. Grace Poe is being heard by the Supreme Court regarding the poll body’s resolution to cancel her certificate of candidacy for president over citizenship and residency issues. 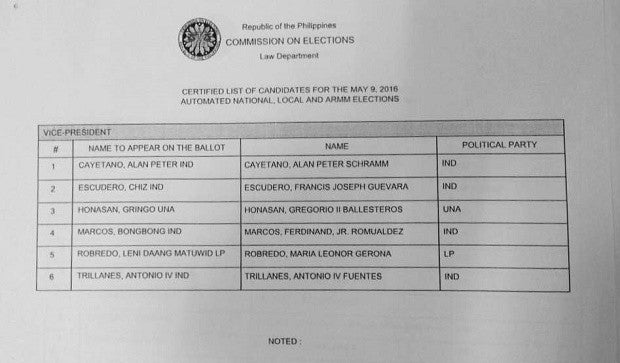 PHOTO FROM COMMISSION ON ELECTIONS

The poll body previously said it will start the printing of ballots to be used in the May elections on Feb. 8. CDG