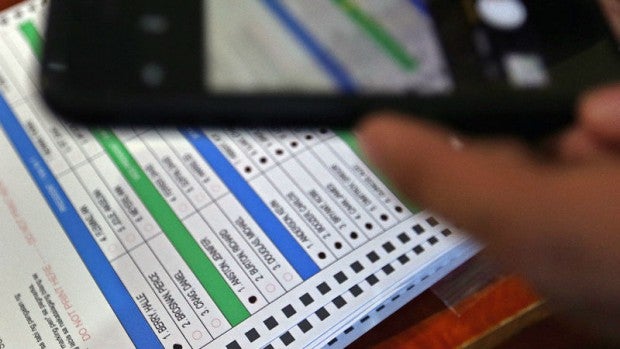 The state-run National Printing Office (NPO) is “fully prepared” to print 57 million  ballots to be used in the May national elections, according to Malacañang.

Presidential Communications Secretary Herminio Coloma Jr. Thursday said the NPO was prepared to accept the “final job order” of the Commission on Elections (Comelec) in time for the polls.

“As announced by the Comelec, this will be given to NPO by Feb. 8,” he told reporters.

Coloma, also head of the Presidential Communications Operations Office (PCOO), expressed confidence the printing of the ballots would be completed way ahead of schedule. The NPO is a PCOO-attached agency.

Coloma recalled that in the May 2013 national elections, the NPO was able to print and deliver 52 million ballots ‘’in just 57 days or three weeks earlier than the target  date set by the Comelec.”

“Due to operational efficiency, the NPO completed the task at a printing cost P230 million lower than the estimated budget. Moreover, savings of up to P35 million were attained in cost of paper and there was no need for Comelec to spend for the paper used in the printing of ballots for the barangay  elections in October 2013,” Coloma said.

The Comelec aims to finish printing the official ballots by April 25, with additional 14 days allotted to reprinting of rejected ballots and maintenance of the printing machines.

Earlier, the poll body decided to postpone anew the printing of ballots to Feb. 8.

Election Commissioner Christian Robert Lim said: “This is final, meaning if they still move the printing, then they better be ready to also postpone the elections.”

The agency’s original target for the printing of ballots was Jan. 26. The Comelec moved it to Feb. 1 because they were still cleansing the list of candidates.

The Supreme Court is still deliberating on the disqualification case against Poe, whose qualification as a natural-born citizen has been questioned.

Bautista and Lim expressed hope Poe’s case would be resolved soon as it would help finalize the list of candidates.