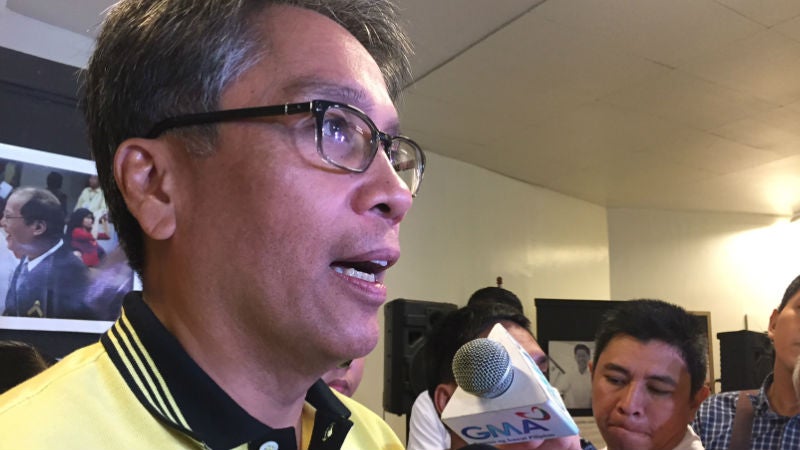 LIBERAL Party standard bearer Mar Roxas Tuesday denied having had a hand in the release of negative advertisements against Vice President Jejomar Binay after the latter’s camp accused him of being the one behind them.

“All accusations are being leveled against us. The point here is he just needs to answer the issues raised against him,” Roxas told reporters in Antipolo City.

LP spokesperson Edgar Erice said it did not make sense for the ruling party to spend for political ads against its rivals. “If we were to spend, we would rather spend for Mar,” he told a press forum at the House of Representatives.

Erice said it was simple enough to prove who are behind the attack ads by asking the TV network to disclose who paid to air them.

Roxas, in the chance interview, said he was better positioned this time around to defeat Binay than he was in 2010, when he lost the race to the former Makati mayor.

The LP will officially jumpstart the Roxas campaign in his hometown of Capiz with President Aquino on Feb. 9, Erice said.

Roxas, in another chance interview in Taytay, however, played down Mr. Aquino’s participation in his campaign.

“It’s not for me to say that,” he said when asked whether Aquino plans to join him on the campaign trail.

Roxas said his campaign would focus on answering the public about which direction he intended to take the country if elected President.

“That’s what our countrymen are waiting for: ‘Where will you take us? What are your plans, and are these believable? Do they stand on a concrete foundation of performance, delivery and truthful experience, or just wishful thinking’?” he said.

In Malacañang, presidential spokesperson Edwin Lacierda said Binay will now have to alter his script, noting that the Senate blue ribbon committee has already sent its report on its corruption investigation of the vice president to the Ombudsman.

“Maybe, your answer this time will no longer be, ‘it’s just politics’,” Lacierda said, addressing Binay.

Lacierda has repeatedly said that instead of accusing the Aquino administration of poor governance, ineptitude and insincerity, Binay should defend himself against the allegations of corruption. With Jerry Esplanada