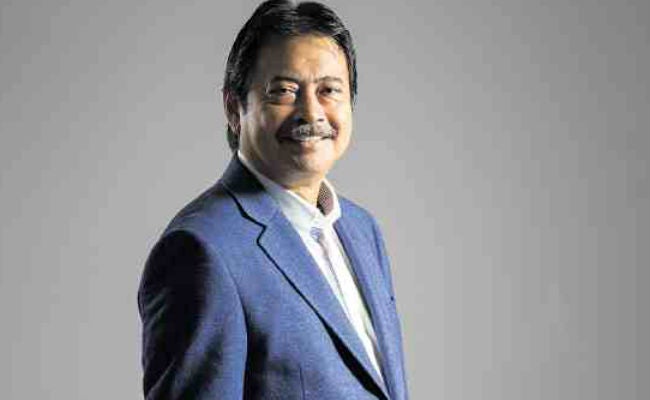 THE PHILIPPINE Daily Inquirer on Tuesday announced the appointment of Jose Ma. Nolasco as executive editor, the new top position in the paper’s newsroom.

Nolasco, who served as managing editor the past 24 years, succeeds the late Letty Jimenez-Magsanoc, who led the Inquirer newsroom as its editor in chief since 1992.

In making the announcement, Inquirer president and CEO Alexandra R. Prieto-Romualdez said: “Way before her sudden demise last Dec. 24, Letty had pushed for Joey’s appointment as her successor upon her planned retirement after the May elections. I and our board of directors couldn’t agree more with her recommendation.

“Truth be told, the last conversation of Letty and Joey was about her desire to have him take over her post. But Joey was hesitant and Letty said she would pray that he would change his mind. And during the wake of Letty, Joey gave a tribute and spoke to Letty, ‘For old times’ sake, I’ll bow to the power of your prayer… In the next 365 days, I’ll stay on… This came as a big relief to all of us at the Inquirer.”

Romualdez continued: “A mainstay of the Inquirer since its founding 30 years ago and phenomenal rise as the country’s No. 1 newspaper in terms of readership and journalism awards, Joey has held various newsroom positions from political reporter to managing editor.

“The torch has been passed, and it’s an honor to lead the cream of the crop of Philippine journalism who can tell the story of the Filipino with intensity and passion on different platforms.”

“His management experience, passion for the news and commitment to journalistic excellence will add impetus to the Inquirer drive toward a higher level of integration of our print, online, mobile, social media and radio platforms. We believe he will be a strong steward of our mission to be a catalyst for social progress and change through credible and comprehensive reporting.”

To emphasize this shift to a multimedia news cycle, Romualdez said the company had decided to retire the title of editor in chief, traditionally the highest position in the Inquirer newsroom, and replace it with the more modern title of executive editor used in media organizations the world over.

In accepting his appointment as executive editor, Nolasco said, “The torch has been passed, and it’s an honor to lead the cream of the crop of Philippine journalism who can tell the story of the Filipino with intensity and passion on different platforms.

“As the Inquirer navigates through uncharted territory in the new media landscape, I also look forward to working closely with my colleagues in the editorial and business sides of the newspaper as well as with the talented staff of our digital platforms.”

“This year, we will be launching bold initiatives on how the Inquirer delivers news and commentary not only through its newspaper and other publications, but also through its website, social media, mobile apps, and radio.

“Our overriding goal is to produce high-quality news reports and opinion columns across platforms that will generate higher readership/traffic and higher ad revenue which, we hope, can sustain our gold standard journalism.”

Nolasco, 62, headed the Inquirer team that won in 2003 the Excellence in Specialized Reporting Award of the Society of Publishers in Asia (Sopa) for its five-part series that exposed major flaws in the Philippine justice system, particularly the continued use of torture by police.

The special report focused on the case of the so-called Abadilla 5, who were sentenced to death in connection with the killing of a notorious police colonel despite serious doubts about their guilt.

“Our overriding goal is to produce high-quality news reports and opinion columns across platforms that will generate higher readership/traffic and higher ad revenue which, we hope, can sustain our gold standard journalism.”

The Sopa award is one of 490 that the Inquirer has garnered the past 30 years for its comprehensive news coverage, agenda-setting investigative reports, fearless opinion pieces, attention-grabbing photos as well as socially engaging initiatives.

“We will build on our legacy of outstanding journalism that has become the hallmark of the Inquirer brand,” Nolasco said.

Nolasco started out as a political reporter in the Inquirer, covering the historic snap presidential contest between Ferdinand Marcos and Cory Aquino, and the subsequent Edsa People Power Revolution.

Rising through the ranks as copy editor, foreign news editor and assistant news editor, he was appointed managing editor in July 1991 at the height of the Mt. Pinatubo eruption.

From late 1983 to late 1985, he did reporting for the Mr. & Ms. Special Edition magazine, covering the Agrava Fact-Finding Board investigation of the assassination of opposition leader Ninoy Aquino that resulted in the indictment of several generals and military men.

In 1980, he joined the Journal Group of Companies as a reporter in several of its newspapers. Following the Aug. 21, 1983, Aquino assassination, however, Nolasco and other journalists were fired for organizing a labor union.

His journalism career began in 1979 as a reporter in the now defunct BusinessDay newspaper, which was later renamed BusinessWorld.

Nolasco majored in Political Science at the University of the Philippines in Diliman, Quezon City. He was the UP Open Debate champion in his freshman year. While a sophomore, he was elected to the UP Student Council, which Marcos abolished a few months later when he declared martial law in 1972.

Born on Jan. 19, 1954, he spent his elementary and high school days at the Capuchin-run Lourdes School in Quezon City. He and his wife, Leni, have five children: Meggie, Bugsy, Joy, Mabel and Jobo.